Serum Institute ‘Shields’ Its Covaccine in the Bombay High Court

The Bombay High Court, on April 20, 2021, through the Division bench of J. Nitin Jamdar and J. C.V. Bhadang, presided over the matter of Cutis Biotech v. Serum Institute of India Pvt. Ltd.[1] The two pharmaceutical companies manufactured vaccines for COVID-19, titled ‘Covishield’, and therein, both had applied for registering this trademark, whose applications were pending. Cutis Biotech, in the protection of the stated mark, filed a Commercial suit in the Court Court at Pune, seeking an interim injunction to restrain Serum Institute from using the said mark. 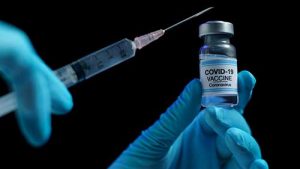 Before delving into the decisions passed by the District Court and subsequently, by the Bombay High Court, it is pertinent to observe the principles and niches of law applied by the two benches.

Section 27(1) of the Trademarks Act, 1999 states that no person shall be entitled to institute any proceeding to prevent or recover damages for the infringement of an unregistered trademark. However, sub-section 2 of the same provides that in these situations, the aggrieved has the right to take action against any person for passing off his goods or services as the goods and services of the applicant and preserves the remedies to prevent passing off actions. In the present situation, it was observed that since neither Cutis Biotech (hereinafter, the Applicant) nor Serum Institute (hereinafter, the Respondent) had registered trademarks, the matter was adjudicated based on the tort of passing off.

The tort of passing off, based on the principle of equity, prevents unscrupulous persons from benefiting from the reputation and goodwill earned by an honest business, and the injunction granted thereof ensures compliance with the same. The applicant must establish the following three factors to suffice a case of passing off:

Observing the above-stated law, and the facts in question, the District Court rejected the Interim Application on the following grounds:

Aggrieved by the decision, Cutis Biotech filed the appeal at the Bombay High Court. The Bench systematically perused the three-prong test laid down for passing-off, analyzing the submissions given by the two companies.

“After evaluating the evidence on record, we find that Serum Institute had coined the word ‘Covishield’ and took substantial steps towards its development and manufacture. Thus, there is adequate and convincing material on record to demonstrate the prior adoption of the mark by Serum Institute. There is no perversity in the finding that Cutis Biotech cannot claim to be a prior user of ‘Covishield’.”

Further, while adjudicating over the goodwill of the two parties, the Court did not find sufficient material to establish goodwill in favor of the Applicant’s use of the trademark.

Concurring with the District Court, and rejecting the contentions of the Applicant, the Bench held that the products of the companies were visually different; that they function in different markets and channels- with the Applicant selling over-the-counter, while the Respondent administering the said vaccines through the Government itself.

“The administration of vaccine through injection is well known. It will be too farfetched to hold that there will be confusion in the average consumers’ minds between the use of a trademark in a Government administered vaccine at designated places and over-the-counter sanitizer products.”

The Court, however, did state that owing to the large-scale sale and manufacturing of the vaccine by the Respondent, along with the amount spent its development and research, the balance of convenience rests in favor of the Respondent, who will face a serious impact if the injunction is granted against them.

The Court, dismissing the appeal, and owing to the reasoning and rationale it laid before the concerned parties, concluded its decision stating the following:

“A temporary injunction directing Serum Institute to discontinue the use of mark ‘Covishield’ for its vaccine will cause confusion and disruption in the Vaccine administration program of the State. In this case, thus, the grant of an injunction would have large scale ramifications traversing beyond the parties to the suit.”

Author: Kushagra Jain – a third-year law student of Symbiosis Law School, Noida, intern at Khurana & Khurana, Advocates and IP Attorneys. In case of any queries please contact/write back to us at aishani@khuranaandkhurana.com.