Copyright and the World of Musical Remixes

Whether it be Tamma Tamma, Laila Mai Laila, Saki-Saki, or the Humma Song, all of us dance to the tunes of our all-time favorite ever-green hit songs and also on the tunes of their remixes. Every now and then, we hear the remix versions of old classic hit songs being used in films and being played by the DJs. Not only are the old songs remixed and re-released, but we also have fairly newer songs that are released in a modified version. For instance, a lot of Punjabi Songs are now being translated into Hindi and released again such as High-Rated Gabru, Yeah Baby, Soch Na Sake, Illegal Weapon, and many more. Seldom we ponder whether the act of modifying an original soundtrack is legally acceptable or not? Are the musicians/DJs remixing songs violating the rights of the original soundtrack’s copyright holder that are protected under the Copyright Act, 1957 (‘the Act’)? 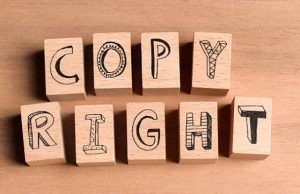 It is commonly understood that unauthorized use, distortion, remixing, or modification of a musical piece amounts to copyright infringement. The 2012 Amendment to the Act, defines ‘cover version’ as a new work performed, created, published, or broadcasted by someone other than the original rights-holder(s). The Act has been widened to include Covers, it still remains silent about the remixes.

Moreover, the debate about the novelty of remixes adds to the ambiguity about the status of remix versions. The Act doesn’t define the word ‘remix’. This lays the burden on the Courts to decide if a remix, as we use the word in normal parlance, amounts to a copyright infringement. A remix is considered as a new work in the form of a ‘derivative work’ and an ‘adaptation’. Any change brought to the original composition, by altering the lyrics, changing instruments and beats, changing the voice, westernizing the original musical work, or even by making a song’s mashup, would amount to remixing it. Therefore, if the remix is deemed to be a novel creation it can be copyrighted. However, before doing that, it needs to be ensured that the copyright of the original soundtrack is not violated.

The Act defines musical work as work consisting of music and includes any graphical notation of such work but does not include anything intended to be sung, spoken, or performed with music. Also, contrary to the popular belief, it is not the singer or artist who has the right over a musical work. Section 2(d)(ii) of the Act provides that the author is the “Composer” of the musical work, hence the right holder. The Act u/s 14(a) provides an exclusive right to the copyright holder of a musical work to:

Section 14(e) provides to the copyright holder, specifically in the case of a sound recording, the exclusive right to create any other sound recording embodying the original (derivative work), to sell or hire its copies, and to communicate it to the public. The Hon’ble Delhi High Court found that musical work is not a mere combination of melodies as every composition varies in its structure and shape in order to create a unique musical work. Therefore, it can be interpreted that a remix despite being a new work, is still an embodiment of the original work falling under the exclusive right of the original holder, and would amount to infringement of copyright.

However, if that was the case, we would not be hearing remixes made every now and then. Their legal validity is an exception which is conditioned on the following parameters provided u/s 52 (1) (j) of the Act:

The original copyright holder has another protection available in the form of ‘Moral Rights’ provided under Section 57 of the Act. According to these rights, the remix will be illegal in spite of fulfillment of other parameters if it involves any such distortion or mutilation of the original musical/ literary work that makes it prejudicial to the honor and identity of the owner of the original soundtrack. It was also observed by the Hon’ble High Court of Delhi in the case of Amar Nath Sehgal  v. Union of India that moral rights are the soul and essence of a musical and literary work that allows the author to nurture and protect their creations.

It cannot be denied that the trend of reviving old hits by creating remixes and mashups is on a rise and is here to stay. The Act, however, is lacking greatly by not incorporating provisions for remixes leaving a sense of ambiguity in the law. Whether that be the Deewaar- Badshaho’s Keh Doon Tumhe controversy or the Ranga-Rangabati Copyright dispute, amongst various others, are rooted in the discrepancies left in the Act. Intellectual Property Rights are uncompromisable and hence it is of utmost importance that the Act entails clear provisions to strike a balance between the rights held by the original author and the remix creator or author of the derivative work. The Act needs to be updated to accommodate the dynamics of the creative landscape.

Author: Tanveer Kaur, a 3rd-year student of B.A.LL. B (Hons.) of Rajiv Gandhi National University of Law (Punjab), an intern at Khurana And Khurana, IP Attorney and Advocates.  In case of any queries please contact/write back to us at aishani@khuranaandkhurana.com.