The Curious Case of E-Commerce Models in India

The year 1991 has been a game-changer for India; however, nothing has remained the same ever since. The introduction of ‘E-commerce’ in India not only changed the way how people buy products but also contrived a critical situation for brick and mortar stores that follow the traditional routine of buying and selling. According to the projections of IBEF (India Brand Equity Foundation), the Indian E-commerce industry is set to reach the US $99 billion by 2024 but at the same time, the survival strategy of any small retailer/Kirana store is to shake hands with the big players of the E-commerce market. Moreover, it is not uncommon how e-retail giants like Amazon have been flouting rules and twisting their practices in order to make maximum profits. The retail sector in India is unorganized which makes it important for the Government to prioritize them while framing a feasible E-commerce policy.

Inventory Based or Market Based?

A Marketplace model of E-commerce is where an IT platform is provided in the form of a market that facilitates various buyers and sellers to connect and conduct trade. 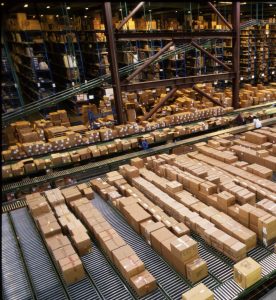 It is a network where buyers can discover sellers based upon their preference of price, quality, quantity, etc. For instance, if an individual purchase a product from Flipkart, he is actually buying from a registered seller on Flipkart. Flipkart here is an electronic network that provides a ‘Marketplace’ in order to facilitate the trade. On the other hand, an Inventory based model is the one where the inventory of goods and services is owned by an e-commerce entity and is sold to the consumers directly. The marketplace owners own the products and also manage the complete end-to-end sales process. The whole controversy prevailing between the Government Regulatory Authorities and the E-commerce giants conducting business in India is regarding the limitation in having a choice of Inventory based model of E-commerce.

It can be easily construed from the above guidelines that the same have been introduced to keep the small players in the game and to safeguard them from the exploiting tactics of giants like Amazon. Amazon is undoubtedly the largest online trading company in the world. It highlights 400,000 plus Indian sellers on its online platform but the fact is that only 33 Amazon sellers account for about a third of the overall sales conducted on the company’s online platform. Amazon owns a minority stake in the parent companies of ‘Cloudtail’ and ‘Appario’ where it does not have a direct stake in either of the two sellers which account for the majority of the sales carried on its platform. According to the Forrester research, in 2019, Cloudtail accounted for 40% of the overall $10 billion sales clocked by Amazon in India. ‘Cloudtail India’ is essentially owned by Prione Business Services, which is a joint venture between Amazon India and NR Narayana Murthy’s Catamaran Ventures. On the other hand, Appario Retail is a company owned by Frontizo, which is a joint venture between Amazon India and Patni Group. Amazon time and again has been adjusting its ownership and holdings in the said ventures in order to conduct E-retailing in India under the Marketplace model.

The Competition Commission of India (CCI) is a statutory body established to promote fair competition in the market and prevent anti-competitive practices and such activities that have an appreciable adverse effect on the competition in the market. The CCI has, time and again, received complaints of Amazon and Flipkart for anti-competitive practices from various stakeholders in the Indian market. These e-retail giants arguably have a dominant position in their respective markets. This enables them to enter into agreements with specific sellers that can oust various other sellers from the market, provide deep discounts to selected sellers, give preferential listings on the website, and create barriers for new entrants in the market.

Recently, the Competition Commission of India has received a complaint against Amazon India, filed by the representative of a group of small online sellers called ‘Aiova’. It has been alleged that Amazon has been giving preferential treatment to selected sellers like Cloudtail where it holds equity. This comes at the time when Amazon is already facing a suit of similar nature before the Karnataka High Court. Not only this, but regulators like the Reserve Bank of India and Enforcement Directorate are also investigating allegations of FDI violations by Amazon and Flipkart.

Even though the magical numbers of the E-commerce industry in India are skyrocketing, the fact remains that the online retail market constitutes only 3% of the total retail market. The kind of model that Amazon adapts to run its business is suitable for an economy with an organized retail sector and not a country like India where the maximum retailing is done through small or Kirana Shops. In 2020, Amazon announced a pilot project named ‘Kirana Now’ which is an express delivery platform with its tie-up with the traditional brick and mortar shops in India. The said project is launched to cater to the need of the local market and also digitalize the business of such small shops. But the concern that arises here finds its genesis in Amazon’s behavior in the past recent years. The initiation of relationship building with the Kirana stores may or may not be pure business but one cannot be relieved that Amazon will not repeat its foul strategies to control the market again.

The Government, on the other hand, has been constantly reviewing and changing its policies in an attempt to build a strong and stringent E-commerce Policy that provides a fair market to the e-retailing giants and helps strengthen the traditional retail sector as well. The question, “How will the small players survive in competition with the E-commerce giants in the retail sector?”  has constantly pushed the government to amend policies. Even after constantly changing rules, there has been non-compliance with respect to the same and the Confederation of All India Traders (CAIT) has repeatedly shown its concern over e-retailers violating FDI rules. The concern is over entities providing E-commerce platforms still holding a stake in the seller indirectly. In wake of this, the Department of Promotion of Industry and Internal Trade (DPIIT) may release even stringent guidelines in order to curb such practices. The government is also considering prohibiting online sales by a seller who, for example, purchases goods from an e-commerce entity’s wholesale unit, or any of its group firms, and then sell them on the entity’s websites. This move may limit the E-commerce giants to leverage their scale in India, but what can one do when the question is of fair competition and equal treatment.

Author: Gaurav Sharma, a Final Year student of Symbiosis Law School (Pune), an intern at Khurana & Khurana, Advocates and IP Attorneys.  In case of any queries please contact/write back to us at aishani@khuranaandkhurana.com.