Prior to the promulgation of the Constitution of India, gambling in India was governed by the Public Gambling Act, 1857.

However, the popularity of horse racing was growing, and soon after, the Bengal Presidency, Act II of 1867, allowed for subscription, prizes, and staking on horse races. 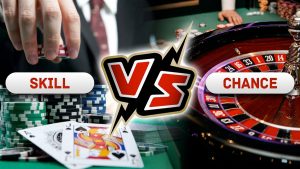 Similarly, it was licensed in the Bombay Presidency under the Bombay Race-Courses Licensing Law 1912. After Independence, betting and gambling were listed under Entry 34 of List II of the Seventh Schedule of the Indian Constitution, thus empowering the states only to legislate upon the subject. Similarly, Entry 62 of the same list empowers the states for legislation for the taxation of betting and gambling as well. As a result, most states have different laws on the subject, albeit primarily based upon the original 1857 Act.

As it stands, every state in India, except Goa, Sikkim, and the Union Territory of Daman explicitly prohibits any sort of gambling, betting, or wagering on games of chance.
The states of Assam, Andhra Pradesh, Nagaland, Odisha, Sikkim, Tamil Nadu, and Telangana have placed restrictions on games of skill as well. The restrictions are outlined as under –

The legal status of paid games of skill while clear is confusing, as the Assam Game and Betting Act, 1970 prohibits all forms of betting or wagering on any game or sport, except horse racing and lotteries, as the Act had extended the original Bengal Act of 1967. However, it seems as though the Assam Act did not account for the 1913 amendment to the Bengal Act, which allowed for an exemption of mere skill. As a result, there exists no exemption or allowance for games of skill either and online fantasy sports platforms do not operate for residents in Assam.

The Nagaland Prohibition of Gambling and Promotion and Regulation of Online Games of Skill Act, 2015 is one of the most recent statutes, and consequently one of the most modern ones. The Act explicitly outlines what constitutes a game of skill to be one “where there is the preponderance of skill over chance, including where the skill relates to strategizing the manner of placing wagers or placing bets or where the skill lies in team selection or selection of virtual stocks”. Thus, the statute has clearly recognized the skill involved in online fantasy sports platforms.

However, under Section 7 of the Act, the statute has mandated a license to be obtained through the issuing authority for entities wishing to offer such games on online media and earning revenue for the same. This makes it extremely difficult for a new venture to operate whatsoever. Moreover, the rules under the Act, despite being notified, are not available online – thus posing compliance issues.

The fee for the license stands at ₹10 lakhs per game per annum or ₹25 lakhs per annum if an applicant wants to offer a variety of games, which is to be doubled after 3 years and remains valid for five years. Further, a 0.5% tax has also been provisioned under the rules. A host of other guidelines including KYC guidelines, foreign deposits, and banking requirements have made the license undesirable and most platforms, including Dream11, have skipped trying to get one

The Orissa Prevention of Gambling Act, 1955 bans all forms of games for money and betting or wagering where a “person intentionally exposes money or things of value to the risk or hazard of loss by chance”, except lotteries. Needless to say, online fantasy sports platforms are not allowed in Odisha.

The Telangana Gaming Act, 1974, explicitly prohibits any act of risking money, or otherwise on the unknown result of an event including on a game of skill.

Similar to Nagaland, Sikkim has also mandated the requirement of a license for an online gaming platform involving chance. However, the licenses mandate that the games shall be played from within the state of Sikkim itself only, and may only be offered within the physical premises of gaming cafés within the state of Sikkim through intranet gaming terminals. This requirement essentially rules out any platform which wants to operate outside of Sikkim, which is, basically, all of them. Online too licenses have been issued in the past decade, most likely for casinos operating within Sikkim which use newer online gaming machines.

Both of these states have recently passed amendments to their respective gambling acts.
Andhra Pradesh has taken a stern stance on the issue – as the exception for ‘games of mere skill’ has been done away with. The new AP Gaming Act has now plainly prohibited online gaming platforms involving money and issued notices to platforms such as Paytm to completely stop their practices.

Tamil Nadu, on the other hand, has promulgated an ordinance to expand on the existing law and taken online gaming platforms into its ambit of restriction – but continues with the exemption for games of skill. Thus, online fantasy sports platforms continue to operate within the territory of Tamil Nadu.

The drafters of the Public Gambling Act way back in 1857 did not possibly envision betting and gambling to possibly be on a national or international level – it was perceived to be in houses and clubs and casinos. Neither the states envisioned so, and nor did the Constitution.
However, with the advent of the internet and rapid technological advancement, the Seventh Schedule of the Constitution itself has come of age. The Schedule does not envision what happens when a residuary subject, which comes under the Union’s legislative authority (like that of information technology), conjoins with a state subject (like that of gambling). Similar issues have arisen with the draft Data Protection Bill as well.

In the author’s opinion, the subject of online fantasy gaming, gambling, and betting, should be left with the Centre due to the lack of states’ control over it. Today, if one wants to enter contests on Dream11 while living in Odisha (or any other state where it is prohibited), they can do so easily by just entering an incorrect address while signing up for the platform. One can even sign up for gambling websites easily, and the Odisha Prevention of Gambling Act does not provide for any penalties for any such user, much like every other state act on the subject. Laws need to be significantly overhauled in order to have any prevention of online betting and gambling, which pose increased risks due to their ease of access.

On the other hand, the current wide disparity in state-laws poses huge compliance burdens for these online fantasy sports platforms which operate at a massive scale – some even internationally. This is best seen in the case of Sikkim and Nagaland, where licenses are offered for the operation of online platforms, yet the biggest players have not jumped on board.
Additionally, apart from legal compliance, differential laws further result in users having varied rights and remedies against the platforms, resulting in ambiguity and confusion for the users when it comes to dispute resolution.

While the debate of whether online fantasy sports platforms host games of skill or chance has been settled to be of the former, there still exists no clear guideline as to what may constitute a game of skill. Ludo, for example, is being played online prize monies – which lies squarely in the grey area still. Without a clear guideline or test, innovation is stifled to a great extent as what may be legal and the core of one’s business today would be held to be criminal tomorrow.

As it stands, the subject is under intense litigation, legislation, and discussion from a host of different areas. In fact, during the time of writing this article, another petition was filed in the Delhi High Court to ban all such forms of online gaming and betting. The NITI Aayog to has released a draft for discussion on Guiding Principles for the Uniform National-Level Regulation of OFSPs in India. The Advertising Standards Council of India, following the same footsteps, has released guidelines for online gaming ads.
29 states – prohibited in 4, restricted in 2, confusing in all. It wouldn’t be a surprise to know that a Bill is tabled in the next Parliament session – it is the need of the hour anyway.

About the author:  Sudhansu Sahoo (Legal Associate), and Anubhav Gupta (Principal Associate- Taxation) at Khurana & Khurana, Advocates and IP Attorneys.  In case of any queries please contact/write back to us at sudhanshu@khuranaandkhurana.com.