“Humans looking for similarities in trademarks is an awful, inefficient, error-prone job, and one that computers can do much better than people”

The market is a dynamic place and the way people purchase goods and services has changed constantly over the years. In the Victorian era, when products were largely “unbranded”, it was the job of the shop assistants to inform the buyer about the range of products and to advise her on which one to buy. With the advent of the Piggly Wiggly chain of grocery stores in the U.S. during the early 1900s, the marketplace was revolutionized. Products were put in wide display and the rising prominence of branding promoted the self-service culture. The need of and the services provided by the so called shop assistants were slowly becoming redundant. However, the setup of the marketplace and how consumers conduct themselves in the process of buying goods were yet to face more such major changes in the years to come. The introduction of online retailing in the 1990s and then the social media revolution consequently had a huge impact on how suggestions were made and products were purchased. With the emergence of Artificial Intelligence (AI) in all corners of life, another revolutionary shift in the marketplace is on the horizon. 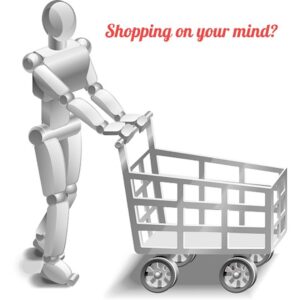 [Image Source: Express Analytics]
At this juncture, one may ask; how is AI even relevant to Trademark Law? The answer to that question lies in the fact that the foundations of Trademark law were formulated on the basis of how people conducted themselves in the conventional setup of a marketplace. The basic tenets of the laws of Trademarks are concerned with the human interactions with branding and the purchasing process as a whole. All the fundamental concepts of the Law such as “average consumer”, “likelihood of confusion”, phonetic/conceptual/visual similarity, “imperfect recollection” etc centre around human psyche and its conduct in the process of purchasing goods and services. It is a well established theory that an average consumer is the one who possesses average intelligence and imperfect recollection[1]. AI, in different forms, significantly and in some cases completely removes the human factor from the product suggestion and the purchasing process. This leads to a host of questions on the standards of judging likelihood of confusion, average consumer intelligence, power of recollection, etc. when AIs are involved in the process. More complex questions regarding the liability of AIs may also arise, for instance, if the AI suggests an infringing or a counterfeit product, would it also be deemed as an infringer?

At present, use of AI by consumers in product suggestion and purchasing process is still relatively new and limited. For instance, Amazon uses its AI program to suggest product to buyers based on their personal purchasing history. The “shop assistants” in the Victorian era have been truly replaced by these AI programs which act as a filter between the consumers and the product by making recommendations and even buying the product for the consumer on the basis of past purchases. However, it is pertinent to note that not all consumers delegate the decision to purchase to an AI. But that being said, since AI programs are akin to a customer in lieu of the information they possess, in some respect the purchasing power is indeed fully delegated to the AI. Retail has for long being responsive to consumer’s demands, but with the emergence of AI, “predictive retail” has taken over. Although, this predictive retail model is still in its infancy, AI has and will continue to have even more impact on how consumers view different products, brands and the market. Sophisticated AI products capable of human interaction, such as Google’s Home Devices and Amazon’s Echo are equipped with voice recognition softwares and these have taken some significant steps in understanding human desires, emotions and the nitty-gritty of various cultures. Hence, it can be said that AI programs have come a long way in assisting consumers make purchasing decisions and in some cases even substitute the decision making process.

Although the issue of Artificial Intelligence and trademark liability have not found prevalence in the courts of law as of yet, a number of cases, especially during the past decade and in developed jurisdictions like the EU have addressed issues alike. In the Google France case[2], the Court did not find Google guilty of trademark infringement as according to the Court there was no “active involvement” of Google in keyword advertisement and the automatic choice of keywords facilitated by the same. Similar judgments were given in the EU in the L’oreal v eBay[3] and the Coty v Amazon[4] cases, wherein both Amazon and eBay were not held liable for selling of counterfeit goods on their online market place as there was no active involvement of them in the alleged acts. However, there have also been few cases wherein the AI program providers have been held liable for potential infringing acts. For example, the UK High Court in the Lush v Amazon[5] case had held Amazon liable for infringing the registered trademark “LUSH” by using it in advertisements sponsored by Google and also in its keyword search facility even though it did not sell “LUSH” products in its platform.

AI indeed is gaining prominence and is here to stay. Its impact on intellectual property and Trademark Law in particular cannot be looked beyond. It is very much possible that the basic and the conventional tenets of the Trademark Law might not any longer apply in a marketplace that is slowly being taken over and driven by AI programs. The way products are brought forms the basis of Trademark Law and the emergence of AI is ought to make a substantial change to that. The main legal question going forward revolves around liability and there has not been any clear cut answer found for that.

Author: Aparthiba Debray, a student of Institute of Law (Nirma University), intern at Khurana & Khurana, Advocates and IP Attorneys.  In case of any queries please contact/write back to us at aishani@khuranaandkhurana.com.