Like other sectors, outer space is also affected by globalization and privatization and many private business entities are actively participating in collaboration with the government to achieve new milestones in the outer space. These private entities perform various services like broadcasting, sensing from space, fabrication, a supply of materials to manufacture the launch vehicles, etc. In India, Indian Research Space Organization (ISRO) is the primary body working in the field of outer space under the Department of Science. With the involvement of private players in space-related activities, it has become pertinent to develop our international treaties on outer space to cater to various aspects. Intellectual Property is one of such aspects on which the consideration of the world community is required. 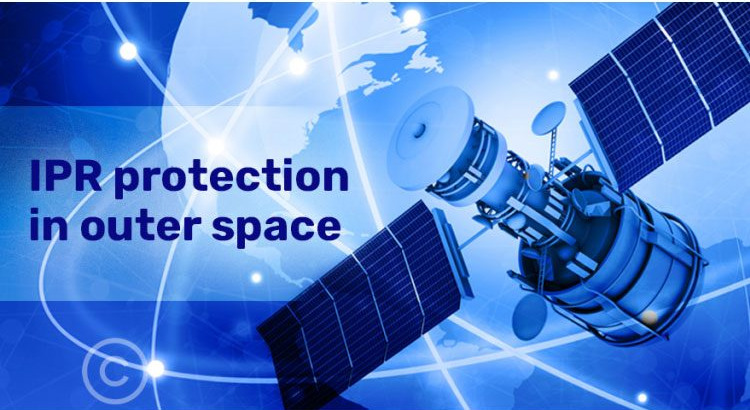 Despite various restrictions and the enjoyment of monopoly by the public sector in outer space, various space start-ups have emerged in the recent past. Some of these start-ups even manufacture entire satellites, which may be launched by the ISRO rockets or other foreign private companies such as SpaceX, if the laws in future allow them to do so. These private players are now formally allowed to use the infrastructure of ISRO including launch pads, vehicles, etc. To facilitate this, the Government established the Indian National Space, Promotion & Authorization Centre (IN-SPACE) under the Department of Science. IN-SPACE will work in collaboration with the government-owned company, New Space India Limited (NSIL). The needs and demands of the private players, including educational and research institutions, and sharing of the infrastructure of ISRO by the private players will be assessed by IN-SPACE, thus, it will act as an interface between ISRO and the private players. The latter is responsible for acting as the aggregator of user requirements and obtains commitments, operationalization of launch vehicles, and commercialization of launches, satellites and services. This move has been accepted with open hands by all the stakeholders. With this step of the Government, the private players are allowed to participate in the commercial activities and ISRO can now focus on more substantial areas such as exploration, scientific missions and defence.

The Relevance of IP in Outer Space

IP in Outer Space is a very big thing in the IP world as almost all the aspects of outer space involve IP in some form. The grant of IP in outer space activities is of significant importance due to the fact that in the past few years, IP has become more of a private or commercial affair and is not restricted to a state-run activity. The protection that the IP law offers to the holder of the IP increases its demand and value.

The implication from the term IPR in Space is that it indicates that the State is willing and capable to grant protections to creations that are outside the conventional territorial boundaries (i.e. in Space). With the grant of protection of IP, the holder of the IP will be able to prevent others from using or exploiting his rights without his permission by taking a legal recourse. Various activities in the outer space that involves IP protection are vehicles/objects used for such activities, actions performed within a territory of a state for such outer space activities, the technology used in such activities which is a result of the intellectual creation of any person. These technologies include remote sensing, direct broadcasting, research and manufacturing.

With the continuous technological advancements, the business opportunities in outer space are increasing and they might involve IP issues. From this, it can be concluded that the IP in space is the next big thing in the IP world as creating of such rights will attract more players to participate and contribute in the exploration of outer space.

Like other countries, the position of IP laws in space-related activities is at the nascent stage in India. India is a member to the International Conventions like The Outer Space Treaty of 1967, The Rescue Agreement of 1968, The Liability Convention of 1972, The Registration Convention of 1975, The Moon Treaty of 1979 etc. despite this the situation is not different in India and there is no specific national space legislation. To support the overall growth of space activities in India there is a need for national space legislation and in the light of the same, the government is going to introduce the Space activities bill, 2017 which has been submitted to the prime minister. The bill is proposed with the aim of promoting and regulating the space activities of India and to encourage the participation private business entities in space activities in India under the guidance and authorization of the government through the Department of Space. Section 25 of the proposed bill deals with the provisions of protection of intellectual property rights created in the course of any space-related activities. But the problem with the provision is that it proposes that the intellectual property right created onboard a space object shall be deemed to be the property of the Central Government. In essence, if Google were to launch a satellite from India, will it not own the pictures the satellite clicks? Despite the move of the government to include private participants in space activities, the bill does not address and protects the interests of the private entities. The bill also fails to deal with certain important provisions like orbital patents, flags of convenience.

Need for Development in International Treaties

There is an urgent requirement for an internationally accepted legal framework governing intellectual property in outer space activities. Since a majority of nations are already signatories of the 1967 Outer Space Treaty, 1968 rescue agreement and other similar treaties, it would be highly beneficial if the scope of such treaties is expanded to cover intellectual property rights. Along with it, the nations should enact specific national space legislation incorporating the aspect of IP in space in lines of the international treaties.

In addition to this, the Madrid Protocol can be expanded to cover off-world issues. In the current WIPO Madrid Protocol having more than 106 members, a new protocol can be added to the treaty (that would amend the accession process as set out in Article 14 to allow these areas to become jurisdictions). Furthermore, a new treaty can also be enacted on the same lines of the IP sections of the ISS Intergovernmental Agreement 1999, or the present treaty can be amended to include the provision of intellectual property off-world. It is a high that an international treaty is adopted by the members of the world community which covers the scope of protection for intellectual property in space activities and simultaneously provides enforcement mechanisms to protect from infringement, the rights of the owner of such intellectual property.

About the author: Nishu Kumar (Intern) a student of  5th Year Amity Law School, New Delhi, and  Sudhansu Sahoo, Legal Associate at Khurana & Khurana, Advocates and IP Attorneys.  In case of any queries please contact/write back to us at sudhanshu@khuranaandkhurana.com.