Putting A Stop To“Vexatious” Claims In Foreign Courts: The Delhi High Court Comes To The Rescue

The Delhi High Court in the recent case of HT Media Limited & Anr. v. Brain link International, Inc.,[i] decided to grant an anti-suit injunction against the defendant company based in the United States of America that infringed the domain name of Hindustan Times Media Ltd. (“HT”). HT sent a cease and desist notice in December 2019 to the defendants, 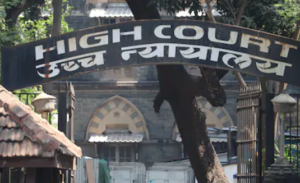 which directed the defendants to stop the trademark infringement by using HT’s domain name without their authorization, and sell the domain name back to them. The defendants in reply quoted an inflated price of $3 million for selling the domain name and thereafter, filed a suit at the District court of New York, claiming that the court should declare non-infringement of the domain name and trademark.[ii] In response to these proceedings, HT filed the present suit before the Delhi High Court to obtain an injunction in order to restrain the defendant from using their domain as well as proceeding with the suit in USA.

At the outset, the major question was whether the Delhi High Court had the jurisdiction to hear this dispute. Pursuant to Section 134(2) of the Trademarks Act, 1999 (“Act”),[iii] a proprietor can file a suit for trademark infringement in the jurisdiction where it is carrying its business. The Hon’ble Court referred to the case of Satyam Infoway Ltd. v. Siffynet Solutions (P) Ltd.,[iv] in which it was held that a domain name, at many instances holds all the characteristics of a trademark for which an action of passing off would lie with an aggrieved party. On the basis of tests laid down in the case of Banyan Tree Holding (P) Ltd. v. A. Murali Krishna Reddy & Anr.,[v] the court held that Section 134(2) of the Act, read with Section 20(c) of the Code of Civil Procedure, 1908, vested the court with the jurisdiction to hear this dispute since HT carried out its business in Delhi and also because ‘domain name’ falls under the definition of a trademark.

The major question that the Delhi High Court had to answer in this case was whether the plaintiffs were entitled to obtain an anti-suit injunction. To court relied upon the case of Modi Entertainment Network & Another v. W.S.G. Cricket Pte. Ltd. [vi] whereby, the Supreme Court gave extensive guidelines that need to be considered while granting these anti-suit injunctions. The Modi Entertainment case sets a high threshold for providing an anti-suit injunction, since it directly intrudes upon the jurisdiction of a foreign court. However, the Court stated that in furtherance of similar cases in the past, [vii]most prominently in the case of India TV, Independent News Service Pvt. Ltd. v. India Broadcast Live LLC & Ors.,the Delhi High Court stayed the proceedings that were initiated by the defendants in a foreign court.

The Delhi High Court noted that the present case was a perfect example of cyber-squatting and clearly evinced the mala fide intent of the defendants as it was leading to the confusion for the people who wanted to access HT’s website. Moreover, the infringement of the domain name led to the spill over of the goodwill and the reputation of the plaintiff. The Court believed that the suit filed in the USA was vexatious and oppressive, since the plaintiff made no assertion or claims about the trademark rights in the USA and because it does not carry out its business there. Thus, the Delhi High Court decided to grant an anti-suit injunction to HT, whereby, it not only restrained the defendants from proceeding on the suit filed in the District Court of New York, but also from initiating a new proceeding related to this matter.

Significance of the Judgment

In the contemporary age of the widespread usage of the internet, there is a greater risk of confusion in the minds of the users and passing off in cases where the parties have identical domain names. In this context, the Courts are vested with additional responsibility to scrutinize such cases and ensure that relief is granted to the rightful owners of the domain name and trademark. Furthermore, this judgment has shed light on the importance of anti-suit injunctions. These injunctions are a great mechanism to protect the rights of the intellectual property holders against the defendants who are not based in India and try to initiate proceedings in their local courts. Anti-suit injunctions have become imperative in recent times especially due to the rampant spread of the COVID-19 pandemic, which has essentially halted international travel, and because parties would now face an increased difficulty to defend themselves from frivolous litigation in foreign courts. Thus, this case has clarified that an anti-suit injunction can be granted in cases where the suit(s) filed in the foreign courts would cause detriment to the rightful owner of intellectual property. Moreover, the Hon’ble Court re-iterated that in the interests of equity, if the suit filed by the party in the foreign jurisdiction is “oppressive” and “vexatious”, anti-suit injunctions may be granted to the aggrieved parties. However, at the same time, the courts need to be mindful of the extensive guidelines laid down in the Modi Entertainment case, while granting anti-suit injunctions.

Author:  Talin Bhardwaj is a 3rd Year B.A. LL.B (Hons.) student at the Rajiv Gandhi National University of Law, Patiala and an intern at Khurana & Khurana, Advocates and IP Attorneys.  In case of any queries please contact/write back to us at sudhanshu@khuranaandkhurana.com.