In a recent trademark suit filed by Delhivery Pvt. Ltd., the Delhi High Court effectively overturned a temporary injunction enabling the respondent to use the disputed trademark ‘DELIVER-E ‘. While delivering the judgment, the court also held that the registered trademark of the claimant, i.e. ‘DELHIVERY,’ is phonetically identical to the English term Delivery and thus a generic symbol that is not entitled to benefit from statutory legislation. The court affirmed that once a generic mark has attained distinctive character, immunity under the law should not be given, and assessing the so claimed’ distinctive character of the mark would effectively lead to performing a banned mini-trial. In this article, there will discussion and justification of the order given by the Delhi High Court by elaborating the concept of distinctiveness.

Brief facts of the Case 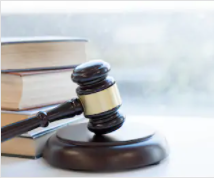 The Delhivery Pvt. Ltd. has moved to the Delhi High Court against Treasure Vase Ventures Pvt. Ltd. arguing the infringement of its trademark ‘DELHIVERY’ has occurred.After the use of the symbol, ‘Deliver-E’ for similar facilities came into notice, the Appellant moved the Court against such misuse. When hearing Delhivery’s trademark infringement case against Deliver-E, the Delhi High Court prima facie held that the trademark ‘DELHIVERY’ was a phonetically generic term and hence could not be registered to achieve the benefit of statutory rights.

The Court while analysing the merits of the case, observed that the Appellant attempted to interpret ‘DELHIVERY’ as ‘DELHI’ and VERY’ and thereby argued that the mark was distinct from the originated from the English word ‘delivery.’ Noting that ‘DELHIVERY’ meant ‘delivery’ when pronounced in a routine way the Court held that ‘DELHIVERY’ was phonetically a generic term and hence could not be registered to obtain the protection of statutory privileges.

Plaintiff argued that the ‘DELHIVERY’ mark is a blend of ‘Delhi’ and Very’ and is thus neither generic nor descriptive. It is further claimed that the issuance of a trademark is itself prima facie proof of its validity and that in the absence of any appeal for cancellation, no question can be raised as to the validity of the mark of the claimant. The Appellant claimed that the Respondent’s mark ‘DELIVER-E’ was deceptively identical to its mark ‘DELHIVERY’ and that the Respondent, using the mark ‘DELIVER-E’ as the Applicant’s, passed on its services.

On the other hand, the Respondent argued that the ‘DELIVER-E’ mark is entirely different since it includes an ‘E’ device denoting the use of an electronic vehicle. It contended that it introduced the ‘DELIVER-E’ symbol for ‘last mile’ delivery of goods in February 2020, and the same is extracted from its earlier ‘SMART-E’ tags that are being used since 2014. The respondent asserted that both the ‘DELHIVERY’ and ‘DELIVER-E’ marks are variations to the descriptive term ‘delivery’ and stated that ‘DELHIVERY’ is a trademark that defines the services it provides. By citing the case of Marico Ltd. vs Agro Tech FoodsLtd., the respondent asserted that the registration of a descriptive mark does not bar others from using the describing word.

The basic theory states that the eligibility for getting a trademark registration and associated protection completely depends on its capability to distinguish a good/service from that of other traders. In the case of Indchemie Health Specialties v. Intas Pharmaceuticals andAnr., the Bombay High Court reiterated the spectrum of distinctiveness principle by viewing it from the lens of Miller Brewer Company’s case. The Court held that to check whether a mark is distinctive and thus registrable or not is judged based on the category it falls in:

No Room for registration of Generic Marks

In the present case, the Applicant’s trademark rights are not absolute and the competing marks to be seen disjunctively. The court essentially held that “the Applicant cannot have its cake and eat it too”. It applied the logic that the Applicant claims the mark ‘DELHIVERY’ to be coined and no relation with the English word ‘delivery’ and thus, there shouldn’t be any comparison with Respondent’s mark ‘DELIVER-E’ as the origin of both the marks are different. The court then held that both the marks (DELHIVERY and DELIVER-E) are not structurally similar but are phonetically similar to the word ‘delivery’ and hence “the mark ‘DELHIVERY’ if pronounced routinely shall mean ‘delivery’ and being a generic word, cannot be registered as a trademark.”

The court ruled that Applicant generic mark got registered by relying on Praveen Kumar Jain vs Rajan Seth where it was held that if the registrations are “wrongly granted” for a completely generic mark, the court cannot ignore the generic nature of marks and confer complete protection to any party.

The order is one of the unusual ones addressing a mark’s phonetic similarity to a generic term. It also highlights one of the most critical issues facing the Indian Trademarks Office, namely the freedom to grant protection to a trademark. The order explicitly noted that during an interim hearing, the “mark ‘DELHIVERY’ is a phonetically generic word and can not be registered to seek the benefit of statutory rights.” It is interesting to note that during the trial of the mark ‘DELHIVERY’ the examiner did not lodge an exception to Section 9(1) The Trade Marks Act, 1999. The order of the Delhi High Court is praiseworthy as it specifically explained against the registration of a mark will not grant unencumbered rights to the proprietor and will be subject to restrictions, especially if the marks are generic ones.

Author: Supriya Rani, a student of Symbiosis Law School, Noida, and intern at Khurana & Khurana, Advocates and IP Attorneys.  In case of any queries please contact/write back to us at aishani@khuranaandkhurana.com.