Recently the GST Department has started issuing notices based upon the income tax returns filed by businesses and individuals or TDS credits reflecting in their Form 26AS. The move is aimed towards identifying cases where certain income although reflecting in Income Tax returns, has not been declared in the GST returns or no registration has been obtained despite crossing the threshold limits. 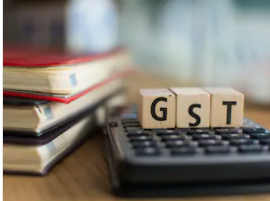 Any person who has received such notices recently may consider the below mentioned key points while dealing with such notices.

1. Document Identification Number (DIN): Central Board of Indirect Taxes and Customs (CBIC) has made it mandatory to generate and quote the DIN on any communication issued by the officers of the CBIC to taxpayers and other concerned persons from November 8, 2019, vide Circular No. 122/41/2019. Issuance of certain communications without DIN is permitted in some specified circumstances, however, even the same needs to be regularized by the Department by obtaining post-facto approval within 15 days.

The CBIC has also directed that any specified communication which does not bear the electronically generated DIN and is not covered within the specified circumstances, shall be treated as invalid and shall be deemed to have never been issued.

Accordingly, if the notice received by the taxpayer does not mention DIN, it would be treated as invalid ab initio and needs not to be replied to. However, since this direction by CBIC is applicable only on the officers of CBIC, the notices issued by State GST officers may still be issued without DIN.

2. Completeness of the notice: The Notice issued by the tax authorities should be complete in all aspects. Where the copy of the notice received, which is running into multiple pages has any page missing or any annexure referred in the said notice has not been annexed, the same would be intimated to the authority issuing such notice. At times it may happen that although the notice prima facie seems complete in all aspects, on a thorough reading, the words and lines connecting two pages may not align. In such a case, the missing pages need to be sought from the tax authorities as in absence of complete notice, a proper reply cannot be made.

3. Jurisdiction: The GST Council in its 9th meeting dated 16.01.2017& 21st meeting dated 09.09.2017 decided upon the division of taxpayers between the Central and the State tax administrations for all administrative purposes with the exception that both the Central and the State tax administrations shall have the power to take intelligence-based enforcement action in respect of the entire value chain. Further, going forward with the single interface and one taxpayer one authority agenda, Guidelines for the division of taxpayer base between the Centre and States were issued by the GST Council vide Circular No. 01/2017dated 20.09.2017.

Thus in principle, where a particular authority whether central or state has been assigned to a taxpayer, then it excludes the other authority from initiating any action against such taxpayer.

Further, under the CGST Act & respective SGST Acts, various administrative powers are assigned to “proper officer” under various Sections of the Act. The powers of the proper officer for specific provisions under the law have been assigned by the Centre & States through various circulars.

Accordingly, it is important for the taxpayer to check whether the officer issuing the said notice actually exercises jurisdiction. In absence of proper jurisdiction, the said notice can be challenged on this ground itself without going into the merits of the case.

4. Form of the Notice: The GST Law has prescribed various forms for issuing notices, with each form serving a specific purpose in accordance with relevant provisions. Accordingly, the form in which the notice is issued becomes very important to determine the nature of proceedings initiated by such notice. For e.g. A notice in Form ASMT-14 would be issued for Assessment in the case where a person fails to obtain registration even though liable to do so or whose registration has been canceled u/s29 but who was liable to pay tax. Similarly, a notice in Form ASMT-10 would be issued where any discrepancies are found on scrutiny of the returns, and notice for conducting an audit would be issued in form ADT-01.

5. Facts & Allegations: Utmost importance is required to be given to the facts mentioned and the allegations made in the notice. Any inconsistency in the facts needs to be specifically brought to the attention of the Department and each allegation should be countered individually. It is a trite law that adjudication cannot travel beyond the allegation made in the show cause notice. Accordingly, any topic or issue which is not present in the show cause notice (SCN), or a provision of law that has not been invoked in the SCN cannot be adjudicated upon by the Department.

Further, the Hon’ble Supreme Court has held that the SCN is the foundation on which the department has to build up its case and if the allegations in the SCN are not specific and are on the contrary vague, lack details and/or unintelligible, that is sufficient to hold that the notice was not given proper opportunity to meet the allegations indicated in the show cause notice. Such SCN is liable to be quashed.

6. Reconciliation: Where the notice is issued on the basis of the Income Tax Return (ITR) filed by the taxpayer, it is common for the notice to seek a reconciliation between the income reported in the ITR and the outward supplies reported in the GST Returns (if any). At the very outset, the figures of income reported in ITR & outward supplies as per GST Returns as mentioned in the notice needs to be cross-checked from actual returns filed. In case there is a material difference between the two, a preliminary reply to such notice may be filed seeking the basis from which such figures were arrived at by the Department. In a few cases it has even been noticed that while the Turnover as per Income Tax return has been considered, the turnover as per GST returns is taken for a specific GSTIN only. For taxpayers having multiple GSTINs, this fact is required to be brought to the Department’s attention.

In case the figures do not have a material difference, a short tabular reconciliation can be prepared highlighting the income reported under various heads in the ITR & treatment thereof under GST. E.g. a person having rental income would have declared the same under the head Income from House Property in its ITR. However, with service by way of renting of residential dwelling for use as residence being exempted under GST, a person having only rental income from residential properties would not be required to be registered under GST. Similarly, capital gains arising on the sale of personal jewelry would be reflected in the ITR, however the same not qualifying as “supply”, would not have been disclosed in the GST Returns.

7. Aggregate Turnover: Any person whose “aggregate turnover” in a Financial Year turnover exceeds Rs 20 Lakhs (Rs. 40 Lakhs for supplier engaged exclusively in the supply of goods), is liable to obtain registration under the GST Law. The term aggregate turnover is defined to mean the aggregate value of all outward supplies i.e. taxable, exempt, exports, and interstate supplies of persons having the same PAN. The Aggregate turnover is calculated on an India basis. Important points to be noted here are:

It is to be noted that although the law exempts any person engaged exclusively in the business of supplying goods or services or both that are not liable to tax or wholly exempt from tax from obtaining registration under GST, a situation may arise where although a person may not have taxable supplies exceeding Rs. 20 Lakhs/ 40 Lakhs in a Financial Year, however, the aggregate turnover may exceed the threshold limit owing to its exempt supplies or non-taxable supplies. It is absolutely vital to monitor such situations and GST registration should be availed at the time when the aggregate turnover exceeds the threshold limits.

8. Compulsory Registration: Similarly, the GST Law mandates certain persons to be registered under the act, including:

Thus, it is important to check whether any such event which necessitates obtaining registration under GST has been triggered or not. Common instances being payments in foreign exchange for import of service, legal fee, etc.

9. Form 26AS: Form 26AS is an annual statement under Income Tax containing details of TDS credits against a particular PAN. Such a statement would reflect the details of transactions for which TDS has been deducted under various heads e.g. professional fee, rent, commission, salary, etc.

The transactions reflecting in 26AS needs to be checked as to whether the same has been reported in the GST returns. Such a statement may also include transactions on which although TDS has been deducted in a particular financial year, the invoice for the same is issued either during the previous or subsequent financial year depending upon the time of supply under GST for that particular transaction. Similarly, the statement would also include transactions on which is outside the scope of GST i.e. sale of land & building, salary. These aspects need to be carefully considered as tax amount along with interest would be payable on any taxable transaction which is reflecting in 26AS but not reported in GST returns.

Recently, new functionality has been added in Form 26AS to display the GST turnover as declared in GST returns for all the GSTINs registered under the said PAN. Although the Department of Revenue has clarified that there will be no additional compliance burden on the taxpayer for his GST turnover displayed in Form 26AS, it will be interesting to see how the tax authorities try to use the same for their purpose.

10. Reply along with documents and records: The notices usually require the notice to reply along with copies of various documents, records & information within a stipulated time. In the case of departmental audits, 15 days are provided to submit all the details. It is to be noted that although the notice may prescribe a time limit to furnish the reply along with relevant documents, the reply can be filed within a reasonable time which may exceed the time specified in the notice.

Further, there is no standard list of documents/ information which is sought, the same may include the following:

While some of the documents & details sought in the notice may be readily available like copies of returns, balance sheets, etc., arranging other information may require substantial time and effort.

Further, it is advisable that prior to submitting any document in response to such notice, the said document is thoroughly vetted to identify any inconsistency with other documents or potential tax exposure.

Accordingly, the documents like returns, balance sheets, etc may be submitted at the earliest. For the remaining documents, additional time can be sought so as to ensure that proper and correct details are submitted to the department after thorough vetting.

11. Research: The reply to issues raised in the notice should be backed by thorough research on the applicable legal position. Case laws should not be relied upon without proper analysis of their applicability on the matter at hand. Wherever needed, assistance from a competent professional should be sought.

Author:  Anubhav Gupta, Principal Associate- Taxation at Khurana & Khurana, Advocates and IP Attorneys.  In case of any queries please contact/write back to us at anubhav@khuranaandkhurana.com.