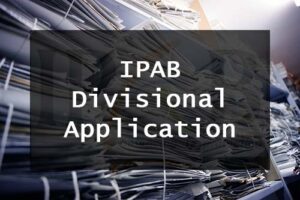 The Intellectual Property Appellate Board (IPAB / Board) in a recent order (OA/66/2020/PT/DEL) dated 27 October 2020 allowed the appeal filed by ESCO Corporation (Appellant) challenging the refusal of its patent application 8094/ DELNP/ 2008 by the Controller of Patents & Designs, New Delhi (Respondent). The Respondent had refused the grant of patent solely on the ground that the application did not meet the requirements of Section 16(1) of the Patents Act, 1970 (Act) for a divisional status which has been overturned by the Board in the appeal. In the instant order, the Board clearly puts forth important guiding principles in the context of divisional application filing and examination under Section 16 of the Act in order to bring uniformity in practice. Interestingly, the file wrappers for these applications show that the parent and the divisional applications were examined by two different Controllers.

The Board provides a very well-reasoned order and puts forth two critical conclusions:

(1) A patent application can only be divided if it claims ‘more than one invention’. The IPAB reaches this conclusion based on the legal provisions of Section 16, Section 7 and Section 10 (5) of the Act, relevant portion of the MPOPP for divisional application, and its recent orders (L. G. Electronics – OA/6/2010/PT/KOL; Proctor & Gamble – OA/47/2020/PT/DEL; and, National Institute of Immunology – OA/21/2011/PT/DEL).

Considering the legal provisions of Indian Patent law, the Manual of Patent Office Practice and Procedure, the PCT, and the previous decisions issued by the Board, the following points under formal and substantive grounds have been listed by the Board to be looked into when dealing with divisional applications.

(1) The divisional application may be filed in either of the cases:

– in remedy to an objection raised on the ground of plurality of invention.

In either case, the existence of a plurality of invention in the parent application is the sine qua non for filing a divisional application.

(3) The applications need to be divided only on the ground of ‘plurality of invention’ as envisaged under section 16 of the Act. Claims held non-patentable in view of any other provisions of the law shall not merit a divisional application status.

Under this section, the Board provides guidance for examination of divisional applications.

(1) The presence of different embodiments in the specification, claimed as an independent set of claims, does not necessarily attract the provisions of lack of ‘unity of invention’. The Board also recommends that the option of amending claims be primarily exercised to overcome any ‘claim scope or ‘claim definitiveness’ requirements rather than an outright objection on the plurality of inventions.

(2) In the event plurality of inventions is ascertained in the claim set under examination, the groups of distinct inventions need to be identified in the First Examination Report (FER) so as to minimize the chances of filing divisional-to-divisional applications and needless legal complications.

(4) When an objection on the unity of invention is raised in the examination of the first-mentioned application, the divisional application shall not be disallowed if it fulfills all other statutory requirements and the applicant is ready to remove the conflict, if any, by amending the same. The statutory powers of the Controller with respect to divisional applications have been acknowledged by the Board, but with an advisory add-on that such powers shall be utilized keeping in view the complete statutory provisions and (then) applied on a case-to-case basis.

To conclude, the instant order of the Board is very welcome as it provides a clear direction and path for evaluating divisional application status. The present order has taken into account the provisions in the statute, the legal bindings of PCT, the jurisprudence and provides a set of legal guiding principles that aims to impart consistency and uniformity in evaluation and examination of divisional applications, and provides clarity to stakeholders who may strategize effectively by eliminating or minimizing unnecessary risks in the course of seeking patent protection.

Author:  Padmapriya, a consultant (Registered Patent Agent) at Khurana & Khurana, Advocates and IP Attorneys.  In case of any queries please contact/write back to us at priya@iiprd.com.