All about Article 370 (Jammu & Kashmir) From Dawn till Dusk

There has always a reference drawn to draconian Article 370 whenever the Kashmir issue rises. In fact there was always a need to amend Article 370 but now after the Pulwama Attack on 14 February in which 40 CRPF personnel were martyred the demands to scrap of the same has intensified. But What is Article 370, Why was it enacted, Why are demands being made to scrap off are some of the questions that needs to answered

Jammu and Kashmir (J&K) from its formation stayed in controversies and hence is in political turmoil. After all these years, common man of J&K have suffered the most from political, ideological and economic amid other things Article 370 of the Constitution of India has remained in force for nearly six decades. Even in 2019, the position has not changed for betterment.

When India and Pakistan gained their independence. Jammu and Kashmir remained independent from the India and Pakistan. Maharaja Hari Singh (former ruler of J&K) signed a standstill agreement with Pakistan where India declined to sign the agreement. Though, in October 1947, Muhammad Ali Jinnah sent Pakistani Muslim tribes to attack Maharaja Hari Singh and the people of J&K. In order to defend his state Maharaja Hari Singh chose to accede J&K to India and that’s how Article 370 was incorporated. J&K split with 2/3 going to India and a 1/3 going to Pakistan. Article 370, is of a temporary nature, which grants special status to J&K. All the provisions of the Constitution which are applicable to other states of India are not applicable to J&K.

Interestingly, the Chairperson of Constitution Drafting Commission, Dr. BR Ambedkar refused to draft Article 370. However when the erstwhile Prime Minister Jawaharlal Nehru, in 1949, asked Kashmiri leader Sheikh Abdullah to draft it. However Gopalaswami Ayyangar finally drafted Article 370. This Article is Under Part XXI of the Indian Constitution which deals with “Temporary, Transitional & Special provisions”

During 1989, a widespread and armed insurgency started in J&K. After the 1987 state legislative assembly election, some of the results in elections were disputed which resulted in the creation of militant groups which laid the foundation of the Mujahadeen insurgency, which continues to this day. India contends that the insurgency was largely started by Afghan Mujahadeen who entered the J&K following the end of the Soviet–Afghan War in J&K the main conflict is between various Kashmiri separatist and the Government of India.

In J&K some groups back for complete independence of Kashmir ( Azad Kashmir), while others pursue Kashmir’s full control to Pakistan.Though an age-old demand of the BJP to repeal the special status accorded to J&K ,the ruling party  has now a imminent opportunity to scrap of Article 370.

The history of terrorism in the J&K indicates the social breakdown of J&K because of Pakistan’s nefarious actions and proxy war primarily by intrusion of trained terrorists into the J&K, using Jihad to brainwash and convert the weak youth. According to the United Nations Drug Control Programme (UNDCP), there are approximately 70,000 substance abusers present in the J&K, out of which 31 percent are women.

According to addiction data published by the Government Psychiatric Hospital, Srinagar, around 90 percent drug abusers belong to the age group of 17-35. Due to this rage between the groups and the armed forces of India the rise in violence takes place and situations like infamous massive stone-pelting towards the security forces, everyday protests violence etc. are on the rise. 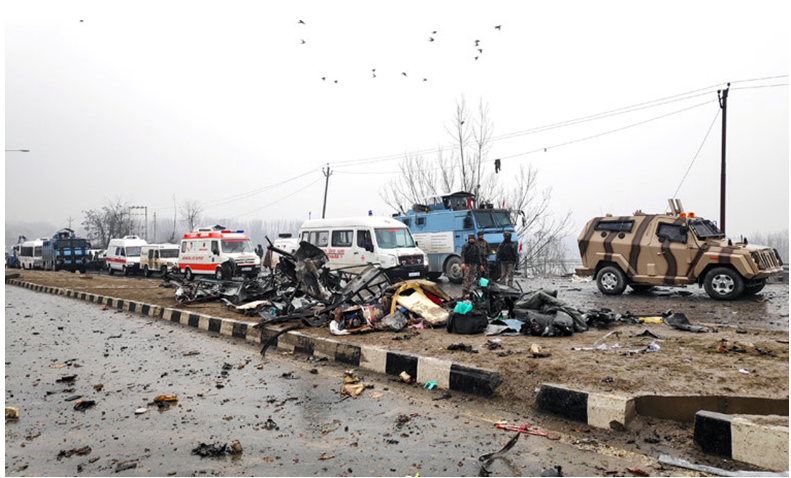 The attack on a CRPF convoy in Jammu and Kashmir’s Pulwama district that killed at least 40 jawans on Thursday (February 14) is the biggest terror attack in the past five years. However, data released by the BJP government on February 5, 2019 reveal that J&K has been viewing regular terror attacks in the past five years. The responsibility for the Pulwama Feb 14, 2019 attack was claimed by the Pakistan-based Islamist militant group Jaish-e-Mohammed. A Jaish-e-Mohammed militant group terrorist named Adil Ahmad Dar, a Kashmiri local, was identified as the attacker. 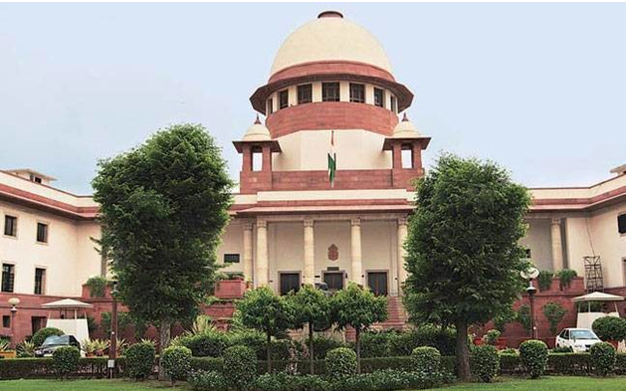 The Hon’ble Supreme Court of India has accepted the urgent hearing of a PIL (Ashwini Kumar Upadhyay V. Union of India Writ Petition Civil No.1162 of 2018) challenging the constitutional validity of the infamous Article 370 of the Constitution of India, which grants special status to J&K and limits the Parliament’s power to make laws for the J&K state.

A bench headed by Chief Justice Ranjan Gogoi took note of the submission of ( lawyer and BJP leader) Ashwini Upadhyay that the plea for urgent hearing was of great and for a urgent national importance that required to be listed for urgent hearing.

In the present PIL , which was raised in September 2018, it has contended that the Article 370 special provision was temporary in nature at the time of framing of the Constitution.

Article 370 is a temporary provision given to Jammu and Kashmir and it wrongly restricts the powers of many provisions of the Constitution of India by “curtailing” the power of Parliament to make laws on matters which includes under the Union and Concurrent lists.

PIL also challenged Articles 6, 7, 8 and 144 of the Constitution of Jammu & Kashmir as arbitrary and contrary to the fundamental rights under the Indian Contitution i.e equality before law, equal protection of law, equal opportunity in public employment, right to establish educational institution, right to trade /business, etc., guaranteed under Articles 14, 15, 16, 19 and 21 of the Constitution of India.

Enough lives have already been laid down and the time has now come for the government to finally strike down the Article 370 and integrate Jammu and Kashmir with the nation so that a clear message of One Nation is sent to our neighbour and a total elimination of the terrorist groups hiding in the J&K can be achieved. In difficult times like these integration the Nation is the need of the hour. The urgent hearing of this PIL is a excellent step by the Supreme Court of India to finally end this chapter.

Author: Mr. Shubham Borkar, Senior Associate – Litigation and Business Development  and Lakshay Kewalramani –Intern, at Khurana & Khurana, Advocates and IP Attorneys. In case of any queries please contact/write back to us at shubham@khuranaandkhurana.com or at www.linkedin.com/in/shubhamborkar.