Part 1 of 3: Patent Term Extension laws for Europe and the United States of America: compared and contrasted

Many people love comparing and contrasting and I am one of those (at least for study purposes). This time, I am comparing Patent Term Extension laws for Europe and the United States of America (USA). Though there are other provisions that may extend the life of patent such as patent term adjustment to compensate the delays due to patent offices, and paediatric exclusivity, I am specifically focusing on the patent term extension intended when the patent owner loses patent term during the early years of the patent because the product cannot be commercially marketed without approval from a regulatory agencies. Though Patent Term Extension laws in both the USA and Europe serve the same purpose, you will agree with me when I say that there are notable differences in the provisions of both. Products eligible for extension of patent term are not limited to human drug products, but this blog focuses more on them, somewhere references may also be found to medical devices, food additives, or color additives, animal drug products, and plant protection products. Unless otherwise specified, details discussed in this blog are related to human drug products/medicine products.  In the table 1, the Patent Term Extension laws for Europe and the USA are compared for easy understanding. Table 2 is for regulations governing Supplementary Protection Certificate and Table 3 is for calculation of extension period for the USA. As the discussion of this topic is quite lengthy one, I thought it fit to post it in series of three. While part one of three, which discusses the comparison of terms used for the extension of patent term in Europe and the USA, relevant regulations, effective date of the regulations, authority to grant extension, and provisions of negative or zero extension, is more a kind of introductory one, part two will take care of comparison on the basis of statutory requirements for the grant of extension along with possible interpretations of the relevant terms, scope of protection during the extended period of term, maximum number of extensions per product, maximum number of extensions per patent, calculation of period of extension, and third and last part of the series will give comparison of the total combined duration of market exclusivity of a general patent and extension, further extension of ‘extension of patent term’, patent term adjustment (PTA), period within which request for extension should be made, interim extension, application fees/ renewal fees, combination product, provision which may reduce the period of extension, terminal disclaimer and extension of patent term. 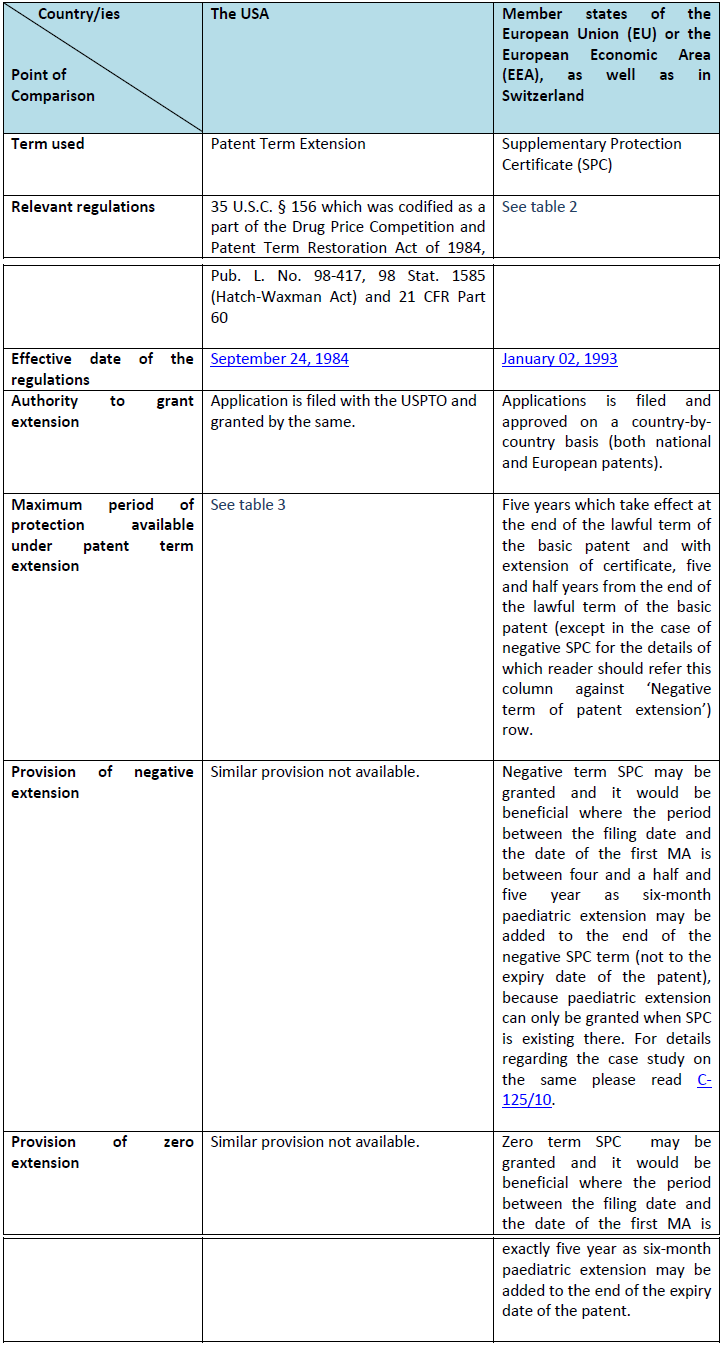 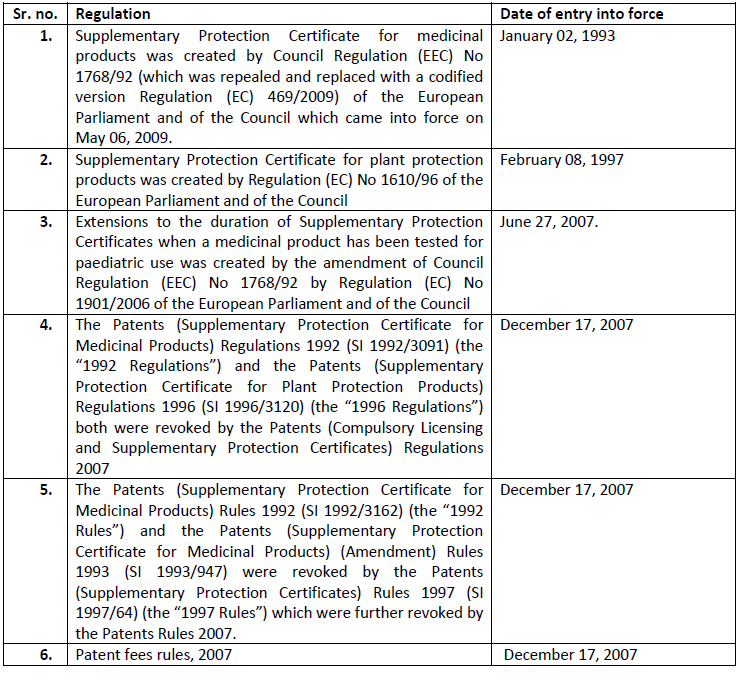 Table 3*: Calculation of extension period for the USA

*This table is for other than animal drug or veterinary biological products. Term of the patent shall be extended from the original expiration date of the patent, which shall include any patent term adjustment (PTA) granted under section 154 (b)

About the Author: Swapnil Patil, Patent Associate at Khurana & Khurana, Advocates and IP Attorneys and can be reached at: swapnil@khuranaandkhurana.com