The plaintiff, TRIUMPHANT INSTITUTE OF MANAGEMENT EDUCATION,  has adopted the trademark, i.e. T.I.M.E., an acronym derived from the name of the Company after the suit with TIME Inc., an educational institute in the USA, in 2003. In the suit, the plaintiff has settled the suit by agreeing not to use the word ‘TIME’ and to use ‘T.I.M.E’ which is the conjunction with the name of its Institute. The plaintiff runs the business of offering education and training for various National and State-level Examinations using the domain name ‘www.time4education.com’.

The defendant, TIMES COACHING CENTRE, is engaged in providing online education and coaching services to students using the domain name ‘www.timescoaching.com’. The defendant provides its service through the mobile application ‘Times Coaching’ and YouTube Channels. 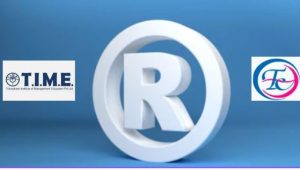 According to the plaintiff, the mark ‘T.I.M.E.’ is distinctive in the field of coaching services. The plaintiff accused the defendant of copying the prominent and essential feature of the Plaintiff’s trademark, i.e., ‘T.I.M.E. which amounts to infringement. The plaintiff had filed the suit seeking a permanent injunction to restrain the defendant from using the trademark ‘TIMES COACHING CENTRE’ for providing, promoting and advertising their services.

Before deciding on the suit, two major issues came for consideration for testing the similarity of the two rival trademarks. The major issues required to be decided for determining the infringement of the trademark were as follows:

The defendant argued that the term ‘TIME’ is a generic word with a dictionary meaning and the plaintiff can not claim his monopoly on it.

The plaintiff relied on the principle of identification of the ‘dominant mark’ whereas the defendant relied on the principle of anti-dissection under Section 17 of the Trademark Act, 1999 and argued that the trademark has to be read as a whole, not partly, therefore, contending that the plaintiff may hold the exclusive rights on the trademarks T.I.M.E. – TRIUMPHANT INSTITUTE OF MANAGEMENT EDUCATION as a whole but not on TIME or TIMES.

The defendant further argued that their services are entirely different from that of the plaintiff. According to the defendant, plaintiff is providing coaching for management courses in Tier 1 cities as well as online throughout the country whereas the defendant is engaged in providing coaching to SSC and Bank PO examination aspirants in Tier II and III cities. But the plaintiff replied that they are slowly growing their business to small cities as well.

The plaintiff brought the action for civil contempt after the defendant changed the trademark to ‘FUTURE TIMES COACHING CENTRE’ during the hearing of the suit and claimed that the plaintiff have committed wilful obedience by using the term ‘TIMES’ in their trademark again which is the essential part of the plaintiff’s registered trademark.

The Court held that a registered proprietor can protect a part of its registered trademark only if he is able to show that the part of the trademark is not common to that business or it has obtained a distinctive character due to the proprietor’s business. It was explained that since the defendant lacked any plausible reasons for adoption of the trademark TIMES, the court came to a conclusion that it was deliberately adopted to mislead the general consuming public and thus constitutes passing off. The court relied on various judgements and held that the defendant has infringed the trademark of the plaintiff causing the loss of reputation, goodwill as well as monetary loss.

Since the defendant has changed the trademark from ‘TIMES COACHING CENTER’ to ‘FUTURE TIMES COACHING CENTER’ during the suit, the court dismissed the argument of the plaintiff and held that the defendant cannot be held for committing ‘wilful disobedience’ of the ad-interim injunction passed by the court. The court clarified with reference to Kapildeo Prasad Sah and Others v. State of Bihar and Ors, (1999) that ‘wilful’ means an act done voluntarily and intentionally with an intention to disobey the law.

In the final judgement, the court dismissed the application and directed the defendant to pay an amount of Rs. 20,000 to the Delhi High Court Bar Clerk’s Association within two weeks from the date of judgement, i.e. 12th October 2022.

Author: Neelam Prusty Intern a final year student of Madhusudan Law College, Odisha, at Khurana and Khurana Advocates and IP Attorneys, in case of any queries please contact/write back to us via email to chhavi@khuranaandkhurana.com