Arbitrary or whimsical undervaluation of commercial suits by Plaintiffs in order to pay less court fees is not just unethical but also against the provisions laid under the law. A similar matter came before the Hon’ble Matura District Court which is being handled and led by Mr. Amarjeet Kumar (Partner – Litigation) & Rajat Sabu (Senior Associate – Litigation) at Khurana & Khurana, Advocates & IP Attorneys and were able to attain a favorable order. The present article deals with the said order passed by the Hon’ble Mathura District Court in lieu of Application under Order 7 Rule 11 in detail. 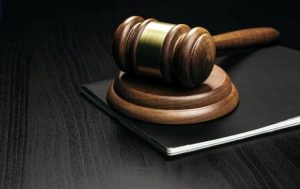 On 31.12.2015, the Commercial Courts Act, 2015 (CCA, hereinafter) came into being. The Act, very clearly and evidently, shed light on the intentions of the Legislature. Section 15 of CCA, laid down that this act will have an overriding effect and prior jurisdiction over Civil Courts except in cases where the judgement has already been reserved. CCA provides for speedy disposal of commercial matters and also defines terms like, ‘specified value’, ‘commercial dispute’ etc. Under CCA, ascertainment of specified value became mandatory and crucial.

Section 2 of the CCA clearly defines Commercial Courts and Commercial Disputes and upon reading Section 6 of the CCA, it is clear that, it is the Commercial Court ONLY which shall have jurisdiction to try all suits and applications relating to a “commercial dispute” of a “Specified Value” arising out of the entire territory of the State over which it has been vested territorial jurisdiction.

CCA is an exhaustive Act to deal with is possible/ wide spectrum of Commercial disputes related to trade and commerce.  A bare reading of Section 21 of the CCA it becomes evident that the Commercial Court Act, 2015 is a special act vis-à-vis the Civil Procedure Code, 1908. That Section 15 Commercial Court Act, 2015 deals with the pending Cases before the Civil Courts and upon reading Section 15, it becomes quite evident that the Legislature keeping in view of the overriding effect and prior jurisdiction of Civil Courts has mandatorily provided for transfer of Jurisdiction except in cases where the Judgement has been reserved. Thus, the intention of the Legislature is clear that the current and the subsequently the jurisdiction vest only with the Commercial Courts and not with the Civil Court. Section 21 clearly provides  overriding effect.

In the absence of this act, litigants used to undervalue the suit so as to escape from paying the proper stamp duty and court fees. Some litigants still practice such a habit. This practice of litigants whereby intentionally undervaluing a commercial suit has been reprimanded by several courts in the country. One such order was passed on 20.09.2022 by the Hon’ble bench of Mathura Court without going into the merits of the case.

Question which arose in the Court:

Whether a suit for Patent Infringement and rendition of account is maintainable before Civil Court, despite the subject matter falling within the definition of “Commercial Dispute”

Whether the Plaintiff can undervalue the suit in an arbitrary manner to fall out of the preview of Commercial Dispute?

Yes, the suit is related to patent act, which comes in purview of commercial dispute, However the plaintiff has neither disclosed valuable commercial transaction nor given any valid reason for it and has deliberately under-valued the suit and calculated the valuation  of subject matter in arbitrary and unreasonable manner.

Plaintiff claimed to have invested Rs. 3 crores in the R&D of making Valves and thereafter for grant of a patent of one invention. Plaintiff then averred that Defendant No. 1 made a similar arrangement, thus, filed for a patent infringement suit before Civil Court. Defendant No. 1 moved an application under order 7 rule 11 of CPC,1908 for rejection of the plaint. The main contention raised by Defendant no. 1 was that the Hon’ble Civil Court at Mathura, has no Jurisdiction to entertain and decide the present Suit in view of the express provision of Commercial Courts Act, 2015. The suit is essentially a patent infringement suit and categorically falls within the definition of “Commercial Dispute” as defined under the Commercial Courts Act, 2015. The Plaintiff has not only failed to provide the specified value to the  suit, but has also arbitrarily valued the suit for the determination of court fees and in view of the same, the suit was likely to be dismissed.

The dispute arose out of intellectual property rights relating to patent. The subject matter of ‘intellectual property’ has been contemplated by the legislature to be an intangible right, which becomes crucial in estimating the ‘specified value’ (which shall not be shall less three lakh rupees). Therefore, there is no jurisdiction of Civil Court to try the suit.

Hon’ble Court, while passing an order in favor of Defendant dated 20.09.2022, iterated that:

“…The Defendant no. 1 has submitted application under order 7 rule 11 CPC,1908 with averment that pleading and prayer of Plaintiff in suit is about patent infringement, and which categorically falls within the definition of a ‘commercial dispute’ as defined in CCA 2015. It is a settled position of law that the court has to maintain focus on plaint averment for disposal of such application. It is a matter of great concern that in this suit the huge investment about R&D is described, but commercial/monetary facts are not mentioned. It is not simple suit of civil nature but commercial dispute in which valuation of subject matter has its own importance.”

The Hon’ble Court emphasized on the features and objectives of CCA and relied on several precedents. While highlighting the features of CCA, the Court held stated that the high-value commercial disputes involve complex facts and questions of law; thus, there arose a need to provide an independent mechanism for their early disposal. Such a mechanism would create a positive image to the investor world globally. Therefore, CCA not merely adjudicates the matter but also expedites the process to achieve speedy justice. CPC, 1908 was amended accordingly.

“In IPR disputes, the relief of injunction or damages may be valued by the plaintiff, at an amount lower than the sum of Rs. 3 lakhs and Court fee may be paid on that basis. If such valuation is permitted, despite some objective criteria being available for valuing IPR – in the CCA – it would defeat the very purpose of the enactment of special provisions for IPR statutes and the CCA. These statutes would have to be harmoniously construed i.e., in a manner so as to further the purpose of the legislation and not to defeat it. Thus, it would be mandatory for IPR suits to be ascribed a ‘specified value’, in the absence of which the valuation of the suit below Rs. 3 lakhs would be arbitrary, whimsical and wholly unreasonable. In this view, intellectual property rights being intangible rights, some value would have to be given to the subject matter of the dispute as well. The Court would have to take into consideration the ‘specified value’ based upon not merely the value of the relief sought but also the market value of the intangible right involved in the said dispute.”

The application filed by Defendant under order 7 rule 11 of CPC,1908 was allowed. The court concluded that the suit, in fact, was related to patent, which comes in the purview of commercial dispute. Plaintiff deliberately undervalued the suit and calculated the valuation of subject matter in arbitrary and unreasonable manner. The principle of equity “He who seek equity must come with clean hand” was reiterated by the court stating that court was duty bound to investigate the matter so that no undue advantage could be availed by the Plaintiff.