Protection of Geographical Indications in Bangladesh

Geographical indications (GIs) refer to signs or symbols that are used to denote a product, the distinctive characteristics of which are linked to its place of origin. GIs are different from other intellectual property rights because of their unique characteristics, namely, the fact that they can be collectively owned by a group of producers. Additionally, GIs have a connection to the territory from which the products originate, both in terms of geographical origin as well as quality and characteristics of the products. After a long debate, GI protection was nevertheless introduced into TRIPS, and subsequently had to be protected in most countries worldwide. Nevertheless, although TRIPS requires for the protection of GIs, it does not provide for the specific mechanism that members of TRIPS should adopt to protect GIs under their national laws. 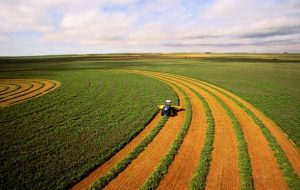 Some countries have preferred to protect GIs under their existing trademarks law, whereas others have enacted a sui generis mechanism for GI protection, largely based upon the system currently adopted by the European Union (EU). In response to TRIPS’ obligations, many Asian nations have also enacted ad hoc legislations for the protection of GIs, keeping in mind the socioeconomic conditions of their countries.

In this respect, Bangladesh has recently enacted the Geographical Indication (Registration and Protection) Act 2013 (GI Act of 2013) (Act No. 54 of 2013). Law makers and relevant business sectors hoped that through the enactment of the GI Act of 2013, Bangladesh would be able to protect traditional domestic goods that utilize the intellectual ingenuity and traditional knowledge of local producers, which previously fell outside the conventional type of intellectual property protection in Bangladesh.

Bangladesh is the home of many traditional place-based products. The GI Act of 2013 thus represents the normative framework for a potentially beneficial new model for the protection of domestic place-based local products. Among many other traditional products, one geographical name that has garnered particular attention in Bangladesh is Jamdani. The name Jamdani refers to an intricate woven fabric that has historically been associated with a particular region of Bangladesh.

Theoretically, the fundamental rationale for protecting GIs within an intellectual property regime is akin to that of trademark, that is, to protect signs that link products to certain places of origin or products that have certain characteristics. Protecting GIs will thus prevent consumers from being misled by third parties not authorized to use the GIs. In turn, this protection will grant legitimate producers the right to prevent the misappropriation of their valuable property. GIs can also potentially play a relevant role in promoting development for local (generally small) communities as well as preserving local culture. These pro-development and pro-culture arguments have attracted the attention of GI scholars, and have been brought to the forefront of the international debates – even though many remain doubtful.

Bangladesh can be viewed as the home of various agricultural and traditional products. Its GI legislation can thus be rationalized by cultural justification, which is the justification that most Asian developing nations cite as justification for GI protection.

On an issue, it is a matter of concern whether Bangladesh can shoulder the economic expense of setting up the registry provided under the newly enacted GI Act of 2013. Unless GIs are proven to be economically viable at a domestic level (which must be assessed in the reality of every individual country), the adoption of GI protection may prove to be futile.

Geographical Indication Act, 2013 and it Features

The GI Act 2013 has been adopted in Bangladesh. Over the course of the last few years, especially in 2012–2013, GI protection for local products has become one of the most discussed issues in Bangladesh. In accordance with the definition of GIs given in TRIPS, the GI Act of 2013 states that GIs can be used to denote the origin of goods where the quality, reputation, or other characteristics of such goods is essentially attributable to the place of origin of the said goods. As per the definition, agricultural and natural goods can be protected as GIs, where the soil and climate play the key roles for the distinctive characteristics of the goods. The definition under the GI Act of 2013 goes beyond the TRIPS and specifically states that GIs can be used to designate manufactured goods as well.

The GI Act of 2013 provides for registration as a means of protection of GIs under Chapter IV of the Act, but unregistered GIs are also protected under the GI Act if the indication is true as to its place of origin. The registration of geographical indications may be sought by the producers of the goods or any association, institution, government body, or authority of any group which represents the interest of persons producing geographical indication of goods.

Any individual or group of individuals that are related to the production, collection, preparation, or processing of the goods registered under the Act may also be registered as authorized users of the goods so indicated. The term of registration is for five years, subject to renewal. Once validly registered, an authorized user of the registered geographical indication is entitled to use it in connection with his goods. He is also entitled to the remedies provided under the Act for the infringement of geographical indication.

The GI Act of 2013 does not provide for any “misleading test” as a condition for registration or protection of GIs within the Act. The GI Act provides for equal levels of protection to all products for which GIs can be used. In other words, it does not provide for any enhanced level of protection to any particular products like wines, spirits, etc. However, the provision for the protection of homonymous GIs has been incorporated within the Act following TRIPS, but with a wider scope.

The GI Act of 2013 is silent as to whether any party aggrieved from the Registrar’s decision can move to the court of law following the dissonance. Thus, it may reasonably be inferred that the conclusion that the Registrar arrives at is final. This feature of the Act may thus curtail the possibility of judicial scrutiny, and should therefore be a point of reconsideration for the legislature.

The enactment of the GI Act has increased the burden on the authorities of Bangladesh. Bangladesh government now has to take appropriate measures to protect and promote the GIs. Concerning the GI’s protection, the first task would be to have all the GI-eligible goods and products registered as GI. This shall also help Bangladesh to establish absolute right over the GI goods and products registered as GI. Bangladesh has identified the categories under food and non-food products which has eased and facilitated the registration process. Once registered, a set of further but formidable steps has to be taken to ensure that the Bangladeshi GIs do not get imitated by the neighbouring countries.

Author: Tanya Saraswat, A Student of Narsee Monjee Institute of Management Studies (NMIMS),  in case of any queries please contact/write back to us via email to chhavi@khuranaandkhurana.com or at  Khurana & Khurana, Advocates and IP Attorney.