Introduction Of The Case

Copyright, along with patent and trademark law, is one of the three basic disciplines of contemporary intellectual property law. Overshadowed historically by the economic value of patents and trademarks, the plaintiff, who believed that there can be no beauty without a soul, had brought this case in the hope that the soul (copyright) will be accorded its rightful place and acknowledgement in the history of law. 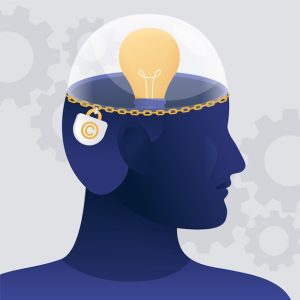 Amar Nath Sehgal, a skilled sculptor, was commissioned by the Union Government of India’s Ministry of Works, Housing, and Supplies to construct a mural in 1959. The work intended to beautify the walls of the Vigyan Bhawan, a location for key government ceremonies in the capital city. Pandit Jawahar Lal Nehru, India’s first Prime Minister, gave the design the green signal, and the mural was finished in 1962. Its enormous final dimensions were 140 feet long and 40 feet high.

The mural received great recognition and provided the globe with a view of the real India – its farmers, artisans, women, and children, daily chores, and festivities frozen in time and formed from tonnes of solid bronze. The mural drew dignitaries and art connoisseurs from all over the world. Subsequently, renovations were made to the Vigyan Bhawan structures. The mural was taken from the walls during the renovation, and the sculptor was reduced to fragments.

At this point, the odds appeared to be stacked significantly against the artist at the onset. Not only had he made the work on commission, but he had also clearly granted the commissioning ministry his copyright – and hence all economic rights. He was up against a formidable foe.

Amar Nath Sehgal won his civil law action because of Section 57 of the Indian Copyright Act’s statutory provision on “author’s special rights”. Based on Berne Convention Article 6bis, this codifies the concept of moral rights by protecting an author’s right to claim authorship of his work, independent of his copyright, and to restrain any distortion, mutilation, or modification of the work that could be detrimental to his honour or reputation.

CONTENTIONS MADE BY THE ARTIST (Plaintiff)

Mr Sehgal filed a case against the government for infringement of his moral rights after being distressed by the destruction of his artistic work and after lobbying the authorities for years without receiving a response. He filed a suit and claimed that: the Ministry’s action of destroying the mural lead to an act of mutilation which was prejudicial to his honour and reputation as an artist because, by reducing the mural to junk, it dealt a body blow to its esteem; and the obliteration of his name on the work violated his right to claim authorship.

Defence Resorted To By The Government

The defence protested from the start to the court’s ability to interfere in the case. Confident in its legal standing, the ministry contended that:
In an Agreement dated October 31, 1960, the plaintiff (Mr Sehgal) assigned his copyright to the defendant (the government) which also meant that the defendant purchased all rights from the plaintiff, and was thus free to do whatever it liked with the mural. The government stated that the mural had previously been damaged in a fire in the Vigyan Bhawan, and the agreement signed by the plaintiff in 1960 stated that any complaints shall be addressed to an arbitrator appointed by the defendant.

Evidence was presented, and the case was scheduled for a final hearing. In the third major decision, Delhi High Court Justice Pradeep Nandrajog held that “all rights to the mural should henceforth reside with Mr Sehgal.” The court ordered the return of the mural’s remains to the sculptor and imposed INR 500,000 in damages on the defendant.

But the war was far from done. The decree was not carried out, so Mr Sehgal went back to court in execution proceedings, while the defendant appealed the decree to a division bench of the court. The matter was eventually settled peacefully. Mr Sehgal, happy with his victory, waived his claim for damages after a long and stressful battle in exchange for the return of the remains of the mural.

What Did The Court State About The Moral Rights Of An Artist?

In the material world, laws are designed to defend the right to just compensation. But there is more to it than meets the eye. It is also temporal. Many of us believe in the existence of the soul. The author’s moral rights are the soul of his works. Through his moral rights, the author has the right to maintain, defend, and nurture his creations.

When an author creates a piece of art or a literary work, there are numerous rights that may flow-

1. The first and most obvious right that comes to mind is the ”Paternity Right’ It is also can be known as the ‘identification right’ or the ‘attribution right.’

2. The second right that comes to mind is the right to distribute his work, which can be known as the “divulgation or dissemination right.” It would involve the financial right to sell the work or valuable compensation.

3. A third right, linked to the paternity right, is the right to retain purity in one’s work. Without integrity, there can be no purity. It may be a matter of opinion, but the handling of a work that is insulting to the author’s reputation or undermines the work as envisaged by the author can be objected to by the author. This is the moral right of “integrity.”

4. Finally, one can imagine the right to withdraw one’s work from publication if the author believes that due to the passage of time and changing opinions, it is best to do so. This is the author’s right to “retraction.”

CONCLUSION-
The Copyright Act of 1957 provides copyright protection in two ways, one of which is moral rights. Section 57 of this Act specifies an author’s or creators essential moral rights. This clause establishes an author’s (i) right of paternity and (ii) right of integrity. The writers or producers of the work are essentially entitled to moral rights, which can survive the author’s death. Moral rights coexist with copyright in particular sorts of works of creativity. As with copyright, this right cannot be delegated or lawfully transferred.

The core and relevance of moral rights to an artist, author, or creator resides in their ability and power to preserve and sustain the artist’s integrity, position, and reputation, as well as his or her creativity.

At the moment, Indian copyright law recognises integrity rights and paternity rights as moral rights. However, the pattern of court judgements indicates that courts prefer a broader interpretation of these statutory rights and lead the delivery of justice while maintaining the best interests and protection of the artist’s soul, integrity, and reputation, as well as his/her creativity, in mind.

Author: Tashvita Yardi, A Student of N.B.Thakur College, Nashik, in case of any queries please contact/write back to us via email to chhavi@khuranaandkhurana.com or at  Khurana & Khurana, Advocates and IP Attorney.