Trademark is one of the intellectual property which can be created by any person with his labor and intellect. Basically, a trademark can be any word, phrase, symbol, design or a combination of all these things which helps to identify any goods or services. Whenever a goods or services is associated with any mark, it helps the other people to recognize the owner or provider of such goods or services and it makes your good or services distinguishable from other’s goods or services. 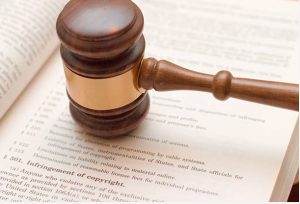 The Section 2 (zb) of the Trade Marks Act, 1999 defines trademarks. A trademark must comply with the essential criteria of being a distinctive character, non-similar to other mark and not barred by any law for time being in force to be registered in India under the Trademark Act, 1999. A trademark is created in order to stand out from the crowd and be recognized easily. A trademark is an essential element in developing a brand name and goodwill of any organization/company and generates revenue. However, any trademark, is vulnerable to being copied by another person to attract one’s audience toward himself for economic benefits. Hence, any trademark can be misused, and one of the way is to make a deceptively similar trademark.

The term “deceptive similarity” has been defined under Section 2 (h) of the Trademark Act, 1999. Meaning, a kind of similarity between the marks which deceives general public that such mark is somehow related to the well-known trademark.
When a person copies a well-known or a registered trademark to create confusion in the minds of people and people believe that such copied mark is somehow connected with the well-known trademark, the person said to have deceived the people.

There’s been a lot of confusion as how to determine the deceptive similarity between the marks. The rules for comparing two mark(s) has been evolved over the years which is based on an English case of Parker J. in the Pianotist Case , which was postulated over a century ago and repeatedly cited by various courts in India, including the Apex Court as the definitive test to be adopted while comparing two rival trademarks.
The criteria for the determination of deceptive similarity of marks in India had been decided in the case of Cadilia Healthcase Ltd v. Cadilia Pharmaceutical Ltd , where the Hon’ble Supreme Court laid down some specific norms for deciding the nature of similar or misleading marks.

The case is a landmark where the Supreme Court by taking references from the various English case laws, finally established certain principles to be consider to decide the existence of deceptive similarity.

The principles are as follows:-

Author: Anjali Maurya -BBA-LLB(H), 4th Year, ICFAI University, Dehradun, in case of any queries please contact/write back to us via email to chhavi@khuranaandkhurana.com or at  Khurana & Khurana, Advocates and IP Attorney.