Decoding The Civil Liability In Case Of Sports Injury: The Case Of Fulham Football Club Vs Jones

With the ever-increasing commercialization of sports & media and their promotion, the rising number of major injuries sustained by athletes while participating in sports has become a more pressing issue. Athletes should consider the risks associated with sports, how they can mitigate those risks, and what would be the potential liability if the athlete’s actions result in a serious physical injury to another athlete whilst in a professional sport. There is of course, a chance of getting injured in a sport that being a part and parcel of it. However, what would happen if such injury results in a career ending damage for the injured and because of that, the injured suffers irreparable damage and mental agony. This article will look into the case of Fulham Football Club vs Jones [2022] whereby the High Court of England & Wales (Queen’s Bench) analysed if there is a civil liability arising out of such an action of the Injurer. 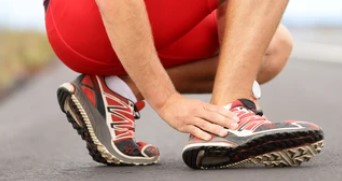 Facts of the Case

On 10th of December 2016, a match between Fulham Football Club (“Fulham FC”) and Swansea Football Club (“Swansea FC”)took place at Motspur Park, London. The match was between the under-18 teams of the clubs respectively. During the course of the match (towards the end of the first half to be precise), Mr. Jones (“Injured”)had possession of the ball and was sprinting towards the opposite side of his pitch. Mr. Harris (“Injurer”) chased the Injured to prevent him from running towards the goal and tackled the Injured from his side. This tackle resulted in a career ending injury, for the Injured who, thenissued proceedings against Fulham FC being vicariously liable for such injury caused by the Injurer,proclaiming that the Injurer was liable for assault and/or a negligent act towards him, ergo resulting in such injury.

During the course of the trial, the claim for assault on the injured was dismissed by the court of first instance. The court heard live evidence from players present in the field, refereeing experts and some members of the coaching staff of Fulham FC and dismissed the claim stating that the Injurer made the challenge with no wilful or malicious intent to cause injury to the Injured, and hence was not liable for assault.

To ascertain if the Injurer was negligent in his act, the Recorder did not look into the intention (mens rea) but the act of the Injurer making a serious error in judgement. The court of first instance found the Injurer negligent in his act. In the words of the Recorder “a serious error of judgment to make the tackle in the way he did, going beyond the kind of mis-judgments, mis-timings and relatively minor or momentary lack of care which all players have to accept as an inherent risk of the game not amounting to negligence“.

The judge of first instance concluded that “Harris could aim for the ball and I accept he did, but he could not be sure what else he might contact or do, being a large man, with what force he might do it. He was aiming at a ball which was being played forward by the other running player and he was intending to get between that player’s feet and legs and the ball.”

Counsel representing the appellant Fulham FC were allowed to appeal. Their main contention was that Court of first instance had wrongly reduced the standard to determine or find civil liabilities arising out of sports actions inter alia the elements of a game of football, which involves high intensity, a fast moving approach and mind-set of the players. The Counsel also contended that the judge of first instance ignored the element of mens rea and also didn’t take into account, the opinion evidence of Fulham’s. This wasrequired to claim for civil liability along with the decision given by the qualified referee during the course of such incident.

Key Outcomes of the Judgement by the High Court

This case created high standards to establish civil liability for causing injury in sports and may perhaps be a significant precedent. Sports has truly been a global phenomenon and more claims may arise in future on cases relating to civil liability in sports where there has been a serious injury. Claimants, Defendants and the courts may take a leaf out of the booklet from Fulham FC Vs Jones when bringing, defending or deciding such claims. The decision of the court has cleared the air that mere breach of the rules of the sport does not amount to negligence or recklessness. Also, the nature of the sport like the sport being a fast paced or slow moving one has to be taken into account because in games like football, the athletes don’t have time to analyse the situation and their actions are generally in heat-of-the moment. Furthermore, with the introduction of VAR (Video Assistant Referee) and novel technologies, qualified referees now have a better opportunity to have a clear picture to decide upon penalties during the match.

Author: Swayam Samarth- a legal intern and  Co-Autho– Ajay Kacher, Legal Associate.  at Khurana & Khurana, Advocates and IP Attorney, in case of any queries please contact/write back to us via email chhavi@khuranaandkhurana.com.