Confectionery “companies are going to extraordinary measures to safeguard themselves in an increasingly competitive industry with ever-increasing stakes. Global brand owners are zealous in their efforts to deny their competitors any advantage, trying to safeguard even the tiniest aspects of their brands. This blog focuses on trademark concerns in the confectionary sector, particularly in the Middle East and North Africa (MENA) area, and how confectioners may safeguard their valuable trademarks. 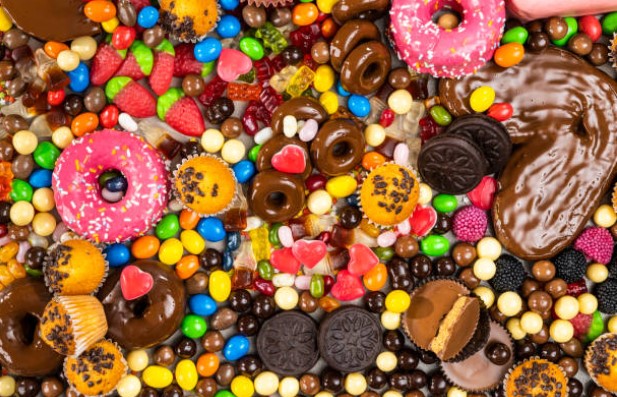 For certain confectioners, the packaging is everything, thus safeguarding the key characteristics and qualities of this is essential. To arrive at a well-thought-out trademark protection plan, rights holders must be ready and willing to embrace a trademark protection model that integrates both legal and regulatory approaches.”

How Infringement can be claimed?

In “order to prove infringement, the owner must show that: • there is a genuine mark eligible to protection;

Courts in some nations, such as Saudi Arabia, the United Arab Emirates, and Kuwait, do not look beyond the word marks at issue, according to custom. Infringement is usually discovered when the word marks are sufficiently similar to cause consumer confusion.” The degree of resemblance between the markings concerned, as well as the degree of distinctiveness and recognition of the mark, are all intimately implicated. “Expert testimony and studies meant to indicate actual consumer confusion may be given weight by the courts, but this is not a given (in cases where the rights holder can present evidence of this).

Some countries, such as Saudi Arabia, the United Arab Emirates, Oman, and, more recently, the Kurdish region of Iraq, have official anti-fraud and regulatory authorities that can take administrative action to enforce trademark rights in their respective countries. These organisations usually only look into complaints about counterfeits or lookalikes, and raids are only conducted if the findings are conclusive.” In Saudi Arabia, for example, the Saudi Commercial Anti-fraud Department reported in its most recent semi-annual report that more than 2,000 complaints were filed with the Ministry of Trade and Industry in the second half of 2013 against local companies for the alleged distribution of counterfeit products, including confectionery. “The report also acknowledges the Commercial Anti-fraud Department’s and Customs’ collaborative efforts, which resulted in the recovery of a considerable number of counterfeit items smuggled into the nation. Penalties for the culprits included monetary fines of up to Sr1 million (about $260,000) and legal prosecution leading to up to three years in prison (as outlined by the country’s Trademark Law and Commercial Anti-fraud Law). As a side note, most MENA nations have anti-commercial fraud legislation in place to adopt legal measures and strategies to combat commercial fraud. The latest of these was endorsed in the United Arab Emirates in 2013. Although there is as yet no pan-Arab anti-commercial fraud law, a unified law for the Gulf Cooperation Council is expected to be endorsed once it is approved by all member states.

Due to the extremely competitive nature of the market, confectionery brands must register their trademarks in the Middle East. The market is inundated with both major and small firms fighting for dominance. Confectionary enterprises require efficient enforcement of trademark protection regimes set by the government since a competitive market is prone to hazards of infringement and counterfeiting.”

Author: Anuja Saraswat – a student of  B.A.LL.B (Hons.) from NMIMS Kirit P. Mehta School of Law (Mumbai), in case of any queries please contact/write back to us via email chhavi@khuranaandkhurana.com or at Khurana & Khurana, Advocates and IP Attorney.