Sonam and Ria are friends. One day, they decide to get fruit juice from a store nearby to quench their thirst. They like on specific drink which is known as BREEZER. However, when they entered the store, they ended up buying a drink called FREEZMix which was placed right beside BREEZER. Thinking that it’s just another flavor offered by BREEZER they wished to try it. This happened because of the same font and the phonetic ring to the words used to name the drink – FREEZMix. The shape of both the bottles (which were of different brands) was the exact same. The similarity in the names of both the drinks led to the loss of BREEZER as a company and the gain of FREEZMix. 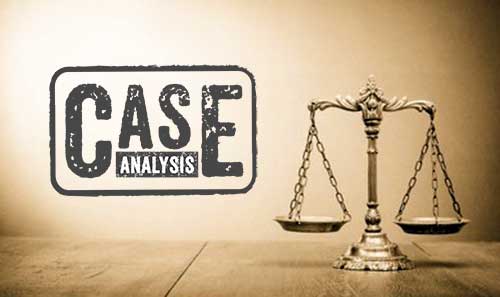 Now, some companies tend to take advantage of customer confusion in bad faith. The Indian judiciary has seen many such precedents which have tampered with the customer loyalty of their competitors to derive profit from it.

One such case which recently was seen by the Delhi High Court was of Bacardi and Company Limited v. Bhahety Overseas Private Limited &Ors. Bacardi and Company Limited (“Plaintiff”) manufactures and sells rum-based alcoholic beverages which are also mixed with various fruit essences. These drinks are popularly known as “BREEZER”. Bahety Overseas Private Limited & Ors. (“Defendants”) also manufactures drinks but which are alcohol-free fruit-based beverages. These drinks are known as “FREEZMix”.

Plaintiff alleged that the Defendants’ product infringes the plaintiff’s registered trademark and therefore sought an injunction against the defendants’ products. The wordmark “BREEZER” and the shape mark of the bottle which is a well-known alcoholic drink have been duly registered under classes 32 and 33. The plaintiffs have been using it since the 27th February 2003 which is not disputed by any means by the Defendants.

The problem arose when the Defendants got their mark – “FREEZMix” registered and used it in a way that amounted to infringement of the Plaintiffs’ mark. The font and styling of the Defendants’ mark were such which was deceptively similar to that of the Plaintiff’s mark. In furtherance of dealing with the problem, the Court took the view of the third-person perception. It stated that the people are more likely to get confused between the brands when they see the word “FREEZ” printed similarly to that of “BREEZER”. The consumers will not check the registration of the wordmark claiming it to be valid. Here, the Court applied the test of average man’s intelligence and his imperfect recollection. After examining all the clauses of section 29 of the Act, it was realized that section 29(2) envisages under which circumstances any situation shall be observed as infringement. If the mark (1) causes confusion in the public minds and (2) leads the public to believe in any association between the registered mark and the infringing mark.

Words “FREEZ” and “BREEZER” are phonetically similar because “FREEZ” has the same ring to it as “BREEZ” does. Considering the fact that the word “FREEZMix” was registered in its entirety, however, “mix” was placed disproportionately below the word “FREEZ” which urges one to think about the reason behind it. Putting its reliance on the case of Amritdhara Pharmacy and Satya Deo Gupta AIR 1963 SC 449 where the Court held “Amritdhara” and “Lakshmandhara” phonetically similar. The case of Aristoc Ltd. v. Rysta Ltd, 62 RPC 65 wherein the Court stated that in situations like these, the test of first impression and imperfect recollection must be applied. Because, when a consumer which has little to no knowledge of any brand’s word, figurative, or any other mark is asked to spot the difference between two products from different brands having a deceptively similar mark will not be able to spot the difference.

The Court, taking the support of certain precedents like Phonepe Private Limited v. EZY Services, Bharat Biotech International Ltd. v. Optival Health Solutions Pvt. Ltd., and Bigtree Entertainment Pvt. Ltd. v. D. Sharma observed “Once the mark is registered, at an interlocutory stage, the Court would be loath to deny the registered trademark the statutory protection against infringement which Section 28(1) of the Trademarks Act confers on it, on the ground that it is common to the trade.”

To conclude, the court observed that Plaintiff has a prima facie case for grant of interlocutory injunction on the basis of infringement of the registered marks. As a result of the analysis, the Defendants are injuncted from using the mark “FREEZ” or “FREEZMix” or any other sign, mark, or domain name which even distantly are similar/ identical to that of the Plaintiffs’ mark. The Court also stopped the Defendants to use a design for its bottle which may be deceptively similar to that of the Plaintiffs’. There are a lot of precedents under the concept of deceptive similarity in the history of Intellectual Property Rights. The trial of such cases still follows because the owner of every business aims to have something which not only brings in profit but also attracts customer loyalty just like its competitor(s) might already have in the market.

Author: Priyal Dhandhukia – a student of  Symbiosis Law School (Pune), in case of any queries please contact/write back to us at Khurana & Khurana, Advocates and IP Attorneys.