Whose Photo is it, really?

To keep up with sociological and technological changes, the law must be dynamic. Due to the rapid expansion of social media platforms and the related industry, paparazzi follow and photograph celebrities almost everywhere. This has led to the continuous conflict between a celebrity’s right to publicity (the discretion over how their public image is portrayed and controlled therein) and the copyrightability of paparazzi photos. While there haven’t yet been any incidents in India that illustrate competing rights, there have been a few outside India. 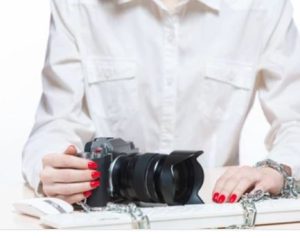 Tags/ keywords that are associated  with the article

The famous musician Dua Lipa received a legal notice from a US court in July 2021 for what would have appeared to be a minor error considering her stature: she posed for a paparazzi shot at an airport and shared it on Instagram. She was accused of violating the conditions imposed on the copyright protected content of the company that clicked the picture and therefore owned copyright in the same, Integral Images. Similar incidents have also occurred in the past, usually as a way to settle disputes amicably. On another instance, Gigi Hadid was prosecuted for publishing a photo taken by the paparazzi on someone else’s property. The Eastern New York District Court dismissed the complaint due to procedural difficulties.

According to the Copyright Act of 1957 (hereafter “the Act,”) the copyright in a photograph belongs to the photographer, who is also acknowledged as the work’s creator under Section 2(d)). This gives the photographer essentially unlimited rights over the image, including the ability to share copies of it with others, assign the copyright to another person and publish the shot in a public setting.

The Act, however, has not evolved along with technological developments like the emergence of social media behemoths and the concurrently growing body of legal study on a celebrity’s publicity rights. If a celebrity wants to change how the public views them, they must be able to exert some control over how their paparazzi photo is shared.

The author of this article will investigate this dilemma and provide a workable solution to take into account both the celebrity’s concerns about publicity rights and the paparazzi photographer’s copyright issues with relation to the image.

The gaping hole in present jurisprudence

In the Indian law, the concept of the right to publicity is quite young; it is only acknowledged by the courts and is not protected by any legislation. It is widely accepted that famous people have the right to limit the commercial exploitation of their likenesses. The Delhi High Court analyzed the standards for publicity rights in ICC Development (International) v. Arvee Enterprises and found that everyone has the right to utilize their name, voice, signature, and other distinguishing elements of their identity. The Court also agreed that an individual tort action for damages for a violation of a celebrity’s publicity rights might arise from the unlawful use of their name.

The court defined a celebrity’s right to publicity as the control over the commercial exploitation of their identity, including the capacity to select where, when, and how the identification should be exploited, in the well-known case of Titan Industries v. Ramkumar Jewellers. Similar to this, the Madras High Court prohibited the defendants in Shivaji Rao Gaikwad v. Varsha Productions from utilizing the name of the plaintiff, a well-known actor, in their film since doing so would violate the actor’s right to publicity.

A claim for publicity rights was made in each of these prominent instances on the grounds that doing so impliedly endorsed the notoriety of the contested item or event and would mislead the public. But this restriction applies to each of these circumstances. Since there is no conclusive case law on the matter, the current state of the law is insufficient to provide an answer to the question of whether celebrities can legally upload their own paparazzi images to their social media accounts.

It is crucial to remember that John Locke’s “Fruits of Effort” theory, which asserts that a celebrity should be given an exclusive property interest in their well-earned reputation as reward for their labour, served as the theoretical foundation for the idea of publicity rights. One must take pleasure in the results of their efforts since establishing a good reputation in the eyes of the public takes a lot of time and effort. Current copyright rules appear to prevent the subjects of such images from making any attempt to market themselves, while the photographer or its authorized licensee profits from the celebrity’s notoriety in paparazzi shots. According to the writers, this makes a mockery of the idea of publicity rights.

It makes no sense to deny a celebrity the same freedom to advertise themselves as the right to publicity deals with the intrinsic right of the famous to govern their own public image and its commercial use. Because of the immediate and direct nature of the interaction, social media has become a popular venue for celebrities to increase their marketability and visibility in the eyes of the general public. As a result, the right must be acknowledged in order to be used today.

RIGHT OF CELEBRITY – A FAIR DEALING UNDER SECTION 52?

The Act solely grants the creator of a copyrighted work the right to publish and make the work available to the public, with the rare exceptions noted in section 52. According to Section 52 of the Act, a work’s fair use for private purposes is protected and wouldn’t violate the copyright. Regarding the private use of the images by celebrities, the court defines the phrase to limit the domestic or private audience to family members and to exclude anything made public through a post on social media sites, which boast millions of followers. Since judicial rulings have implied the contrary interpretation, celebrities are not permitted to use the fair dealing exemption to defend themselves against copyright infringement.

A WAY FORWARD: THE BALANCING APPROACH

The system in place exacerbates the contradiction between a public figure’s right to publicity and the photographer’s copyright with relation to paparazzi images, as is clear in light of the aforementioned argument. Due to their dedication to following the letter of the law, the courts may be unable to settle this issue. The phrases “amend” and “consolidate” make it obvious that this substantially restricts any possibility for judicial innovation, even while the Preamble to the Act specifically indicates that it is a complete legislation on the topic of copyrights. Taking into account Section 17 and Section 2(d)(iv) of the Act, celebrities are severely harmed.

Due to the restrictions set by courts on the scope of this right, a legislative change is therefore required in this situation to carefully find a balance between the two rights. The Delhi High Court ruled in DM Entertainment v. Baby Gift House and Ors. that a claim for the right to notoriety is inadmissible in the case of cartoons and caricatures where doing so would violate another person’s freedom of speech and expression.

Similar to this, any photo taken in support of unbiased reporting about a notable figure is excluded from such a claim under the ruling in Indu Jain v. Forbes Incorporated. Even if they are given permission to share paparazzi photos on social media, celebrities are still required by Section 57 of the Act to respect the photographer’s moral rights (such as giving them credit for the photo they took).

Therefore, including current legislative requirements would guarantee the development of a system that benefits paparazzi and celebrities equally and permits them to exercise their individual rights.

In Indian law, the concept of a celebrity’s right to publicity is still quite new. In order for it to be used in the social media age, when celebrities are less reliant on the paparazzi for self-promotion, it is required to emphasize the conflict between the copyright rights of the paparazzi and the celebrity’s right to use their own name. The authors argue that a balanced approach to balancing both rights is required in order to give greater effect to the idea of publicity rights and keep up with legal and technical advancements. The well-known “Fruits of Labour” theory of publicity rights put forth by John Locke and the two-step test for determining whether a right has been violated established by the Court in the Titan Industries case both imply that the same is not limited only to instances of false advertising, illustrating the broader implications of these theories.

Author: Tanya Godre, BA Llb, 3rd year, KPMSOL, NMIMS Mumbai, in case of any queries please contact/write back to us via email to chhavi@khuranaandkhurana.com or at  Khurana & Khurana, Advocates and IP Attorney.